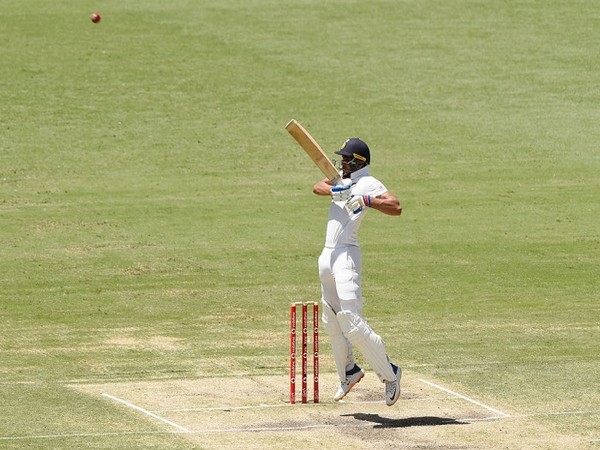 Brisbane [Australia], January 19 (ANI): Former India batsman VVS Laxman praised opener Shubman Gill for his gritty knock against Australia in the fourth and final Test at the Gabba on Tuesday.

Gill fell nine runs short of his maiden Test hundred but made sure India was right on track to win the series decider.
Laxman said Gill deserved a hundred looking at how well the opener batted on Tuesday. The former cricketer said the opener has the mental strength to handle the pressure which is a key trait.
"The way @RealShubmanGill batted today he definitely deserved a century- but I'm sure there are many that lie ahead in his future. Amazing talent and more importantly has the mental strength to handle pressure. #future #class #AUSvIND," Laxman tweeted.
Gill had taken on the Australian bowlers smashing 20 runs off a Mitchell Starc over, hitting three consecutive boundaries but Nathan Lyon got the big breakthrough.
Skipper Ajinkya Rahane departed after a brisk 24 but Cheteshwar Pujara endured blows to the body and fought on with Rishabh Pant for company to keep India in the hunt to register back-to-back series wins on Australian soil.
Surviving the fiery spells of the Australian pace attack was the biggest highlight of the session. Pujara was hit not once but twice on the helmet on the fifth day but the warrior batsman stood tall like a rock.
India now requires less than 110 runs to seal the fourth Test with Pujara and Pant on the crease. (ANI)