Ind vs Aus: I don't come to any place anymore to prove anything, says Kohli 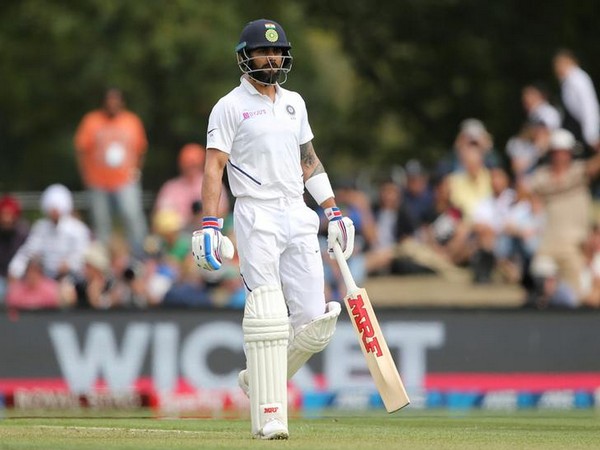 Sydney [Australia], November 26 (ANI): The ODI series against Australia gets underway on Friday and India skipper Virat Kohli's love affair with the country dates back to when he made his entry into the Test arena back in 2012. From being a brash but talented youngster to now ruling the batting charts in the gentleman's game, Kohli has come a long way.

Discussing how his career has seen a constant evolution with every tour of Australia, Kohli said that it is indeed true that he has seen different stages of his journey on the international arena unfold Down Under.
"I have come here through different stages of my career and life. Starting with 2012, it was an opportunity and start to my international career as a Test player and something that I fondly remember. I was a youngster with a lot of hope and faith playing for the country to play for a long time.
"Then the second time I came around was a difficult situation as I had come out of that 2014 tour of England and Australia was again a daunting tour full of quality players and coming up against a very strong team. That tour revealed a lot about myself as a person and about my game to me and took my confidence to the next level.
"Coming back in 2018, we came for the 2016 white-ball series as well, but that was a short trip. Then again a full tour in 2018 which was very memorable for all of us, winning for the first time a Test series in Australia, winning the ODI series and drawing the T20I series was also very special because as a captain and as a team we were able to achieve our goals in a very difficult place," he told the media on the eve of the first ODI at the Sydney Cricket Ground.
"Now coming to 2020, it is about just fulfilling my responsibility on the field. I really take a lot of pride in playing cricket for my country, I have over the years as well and this is just a continuation of the same mindset. I don't come to any place anymore to prove anything to anyone. It is basically about what I can do as a captain and a leader I take the team forward in the right direction and keep setting the right examples as an individual as well when I can.
"Growth is the only focus whether it is on the field or off the field and that will continue to be the template for me going forward. It has been amazing and a full roller coaster of a journey till now coming to Australia and something that I have really enjoyed and looking forward to it this time as well."
Interestingly, the ODI series will also see a slow return of fans to the stands and Kohli is definitely excited to have the cheers back in the stands.
"It is a great opportunity, I think everyone is really excited to start playing in front of crowds. It has been something that has been missing since we came back to action. We also understand we came back to action after a very difficult period and things are obviously still getting better as we speak.
"Situation in Australia is at a place where we are able to play in front of the crowd again which is a big boost and something that I have enjoyed over the years. Playing without crowds was a different experience and you get back to professionalism. Playing in front of the crowd is something that cannot be replicated otherwise and something that as sports people we all look forward to. So, we are very excited to get back to stadiums full of noise and fans," he explained.
While he earned a lot of wrath from the fans to begin with, he is now one of the favourites among the Australian fans. Asked to explain the challenges that come with playing Down Under, Kohli said it is a journey which is all about performing to potential and winning the hearts of the Australians who love those who play hard.
"Playing cricket is Australia is one that comes with its own challenges. I think it can be a very intimidating place if you are not ready to take on a challenge mentally and with your skills. It is a place I have loved coming to over the years. One thing about Australia is that they play hard cricket and in every sport they are very tough. The crowd can be very tough on players travelling and rightly so.
"Everyone has a choice to have a home advantage and Australia really exercises and executes that well. But if you perform well in Australia, you gain a lot of respect from the local public and the fans watching which as a sportsperson I certainly am a big fan of because it is like a test. You go through the hard test and then there is appreciation and acknowledgment at the end of it. Then over a period of time you understand that people here are very nice and welcoming as well. If you have the right mindset they will make sure to do everything to get you. If you can overcome that, there is nothing but respect which has been a beautiful part of coming to Australia over the years and something that all of us now have started to enjoy," he pointed. (ANI)