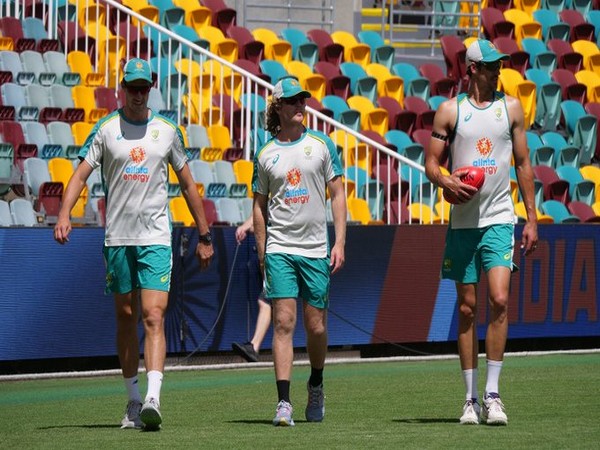 Brisbane [Australia], January 13 (ANI): Ahead of the upcoming fourth and final Test against India at The Gabba, opening batsman Will Pucovski did not hit the nets on Wednesday as he was restricted to just field training due to a shoulder injury.

The pace trio of Mitchell Starc, Pat Cummins and Josh Hazlewood also did not bowl during the optional training session as all bowlers look to recover after a hard toil in the fifth and final day of the Sydney Test.
"Opener Will Pucovski was restricted to field training and did not bat while the fast bowlers, aside from Cameron Green, did not bowl during the optional session but also did light on-field training," Cricket Australia said in an official release.
Cricket Australia (CA) on Tuesday had confirmed that Pucovski suffered a shoulder subluxation injury in the Sydney Test and his participation in the fourth and final Test against India hangs in the balance.
Australia head coach Justin Langer on Wednesday said that he is hopeful of seeing the opening batsman play the fourth and final Test against India.
"We will probably know tonight I reckon, whether he will be right to go. It will either be a quick turnaround and he is back up and into it, or it might be a few weeks. He is a young guy, he has just played his first Test," Langer said in a virtual press conference on Wednesday.
"So mentally he is going to be exhausted anyway. We will keep an eye on how he pulls up today. With shoulders, as long as he can bat OK and catch -- it is not as big a deal in Test cricket, we are really hopeful he will get up. If he does not then the obvious thing is Marcus Harris would come in as the opener," he added.
Batting out 258 balls with a fierce home team throwing everything it had up its sleeves is no mean feat. But the Indian duo of Vihari and R Ashwin stood ground and managed to do just that as they eked out a draw in what was nothing short of an action-packed fifth day.
India and Australia will lock horns in the fourth and final Test at the Gabba, Brisbane, beginning December 15. The hosts had won the first Test, while visitors came back strongly in the second Test, and currently, the series stands level at 1-1. (ANI)