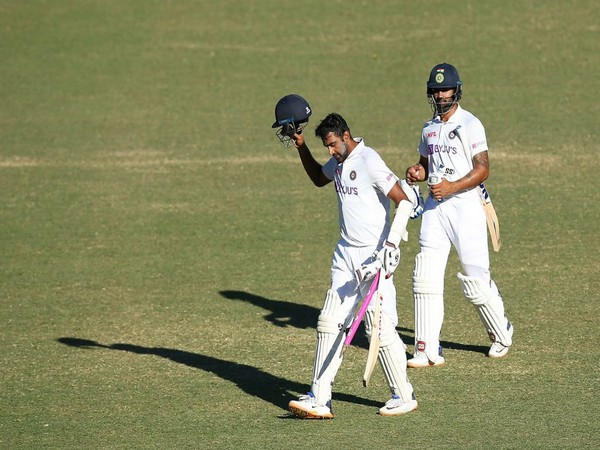 Sydney [Australia], January 11 (ANI): India spinner Ravichandran Ashwin after his heroics in the third Test against Australia at the Sydney Cricket Stadium said that Test cricket teaches a person about life. He went on to add that it does not matter if "you are bruised and battered", it is important to "hang in there".

"Doesn't matter if you are bruised and battered, just hang in there and you will have an opportunity to fight another day!! Test cricket teaches you life!! #SydneyTest A big thanks to my team and well wishers," Ashwin tweeted.
Earlier, Ashwin's wife Prithi revealed that the spin spearhead was in tremendous pain when he woke up on Monday and wasn't able to stand up going into the final day's action of the Pink Test.
Ashwin, who has been in scintillating form with the ball in the ongoing series, went on to show grit and fight with the bat as he stood ground for 128 balls and along with Hanuma Vihari denied Australia a win.
Ashwin's wife said that the Indian spinner went to bed with terrible back pain and wasn't able to even tie his shoelaces on Monday morning. "The man went to bed last night with a terrible back tweak and in unbelievable pain. He could not stand up straight when he woke up this morning. Could not bend down to tie his shoe laces. I am amazed at what @ashwinravi99 pulled off today," Prithi tweeted.
Replying to the tweet, Ashwin wrote: "Instant tears!! Thanks for being there with me through all this."
Ashwin and Hanuma Vihari batted out 258 balls to help India walk away with an epic draw against Australia and head into the final Test at the Gabba, with the series level at 1-1.
Batting out 2.5 hours with a fierce home team throwing everything it had up its sleeves is no mean feat. But the Indian duo of Vihari and R Ashwin managed to do just that. Batting out 131 overs -- the most India have batted in the fourth innings of a Test since 1980 -- showed exactly what Ashwin meant when he spoke about playing like true warriors at the end of the fourth day's play at the SCG. (ANI)