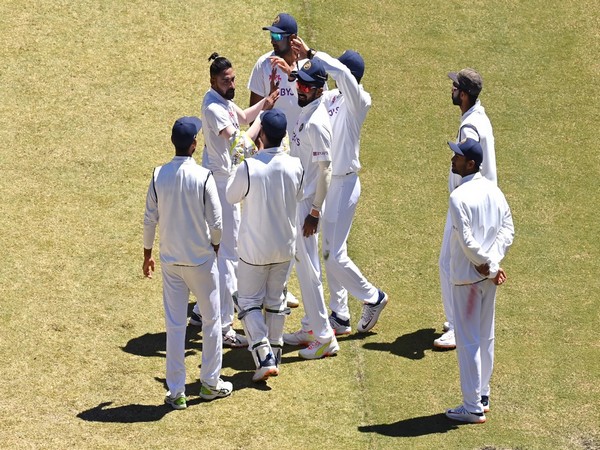 Sydney [Australia], January 6 (ANI): After being bundled out for 36 in the first Test, most of the former players and cricket pundits had ruled out India's chances of making a comeback in the second Test. What followed, however, was a scintillating show as the visitors under stand-in skipper Ajinkya Rahane registered an 8-wicket win.

And now, it will be all about keeping the winning momentum going for the visitors at the historic Sydney Cricket Ground, starting Thursday.
With regular skipper Virat Kohli heading back, no one gave India a chance, but Rahane stepped into the leadership role with elan and the Indian team gave fans plenty of reasons to smile as it brushed aside the scars of the opening game.
The tables have turned and now it is advantage India. Australia is searching for more pressing answers ahead of the third Test at the Sydney Cricket Ground. The hosts' desperation is there for everyone to see as David Warner is likely to play the third Test even though he himself has accepted that he is not 100 per cent fit. Will Pucovski may come in as the other opener, but playing his first Test against a potent Indian attack is the toughest of challenges.
Umesh Yadav has headed back home, so India has to make a forced change, and it will be a race to the finish as the Indian side has three options -- T Natarajan, Shardul Thakur, and Navdeep Saini. If the first-class record is to go by, Saini and Thakur seem ahead in the race, but Natarajan can be chosen as the left-arm seamer as he adds a different variety to the attack.
In the batting department, Rohit Sharma is set to return for the visitors and most likely, he will come in place of Mayank Agarwal, who has looked completely out of sorts in the ongoing series. But Hanuma Vihari could also be asked to make way with Shubman Gill being asked to move to the middle order.
But Gill showed great promise and with Rohit, the duo can make a really great combination. And looking at how both batsmen are attacking players, if they see out the new ball, Australia might be forced to go on a leather hunt from the very start.
Rohit and Gill were among the five Indian players who were asked to isolate themselves as a precautionary measure after they were seen eating at an indoor venue in Melbourne on New Year's Day. Australian media has also done their bit to get under the skins of the Indian lineup, but looking at how the hosts find themselves searching for answers that really matter, the outside noise doesn't seem like bothering the visitors.
Australia has failed to score over 300 in both the Tests against India, and with the bowling attack of Rahane's side looking in great form, the hosts find themselves in more of a pressure situation than the visitors. Rain is predicted in the opening three days of the Sydney Test and so it would be interesting to see what the captain decides to do after winning the toss.
Skipper Rahane and Ravindra Jadeja showed their team how to grind it out in the second Test and their partnership should give the other teammates extra incentive to show some fight and play useful knocks in what could be a battle of grit and determination.
Australia Test squad: Tim Paine (c), Sean Abbott, Pat Cummins, Cameron Green, Marcus Harris, Josh Hazlewood, Travis Head, Moises Henriques, Marnus Labuschagne, Nathan Lyon, Michael Neser, James Pattinson, Will Pucovski, Steve Smith, Mitchell Starc, Mitchell Swepson, Matthew Wade, David Warner
India Test squad: Ajinkya Rahane (captain), Rohit Sharma (vice-captain), Mayank Agarwal, Prithvi Shaw, Cheteshwar Pujara, Hanuma Vihari, Shubman Gill, Wriddhiman Saha (wk), Rishabh Pant (wk), Jasprit Bumrah, Navdeep Saini, Kuldeep Yadav, Ravindra Jadeja, R Ashwin, Mohammed Siraj, Shardul Thakur, T Natarajan. (ANI)