Ind vs Aus: Working on my lengths and seam movement, says Shami 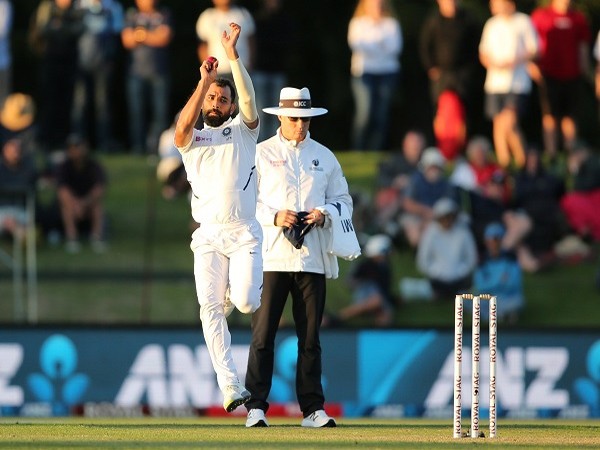 Sydney [Australia], November 21 (ANI): Indian pacer Mohammad Shami is focusing on bowling with the red ball as he trains for the upcoming four-match Test series against Australia which gets underway at the Adelaide Oval on December 17.

The right-arm fast bowler is working on his length and seam movement as he feels the bowler needs to have control over the ball.
"We are going to have a long tour starting with the white ball followed by pink and red ball Tests. My focus area has been the red ball and I am working on my lengths and seam movement," Shami told BCCI.
"I have always felt that once you start pitching the ball at the lengths you desire, you can succeed in different formats. What you need is control," he added.
Having impressed with his white-ball skills, Shami is spending time with the red ball in the net session to hone skills as he prepares for another long haul. Shami feels a bowler has to change the strategy according to the format he is playing in.
"I have done well with the white-ball and am now spending time in the nets bowling with the red ball. You don't bowl in the same area since both formats are different, but your basics don't change much," Shami said.
India and Australia are slated to square off against each other in three ODIs, three T20Is, and four Tests. The tour will commence with the three-match ODI series, slated to begin in Sydney from November 27.
India skipper Virat Kohli will be playing just one Test against Australia and will then head back home after being granted paternity leave by the BCCI.
BCCI had also confirmed that Rohit Sharma will be rested for the white-ball leg of the Australia tour and will be a part of the Test squad. He hit the National Cricket Academy on Thursday to complete his rehabilitation after suffering a hamstring injury during the IPL.
The first Test between India and Australia will be a day-night contest. The four-match series will be a part of the World Test Championship (WTC).
Australia are on top of the standing while India is at the second position after ICC altered the points system for WTC due to the coronavirus pandemic. (ANI)