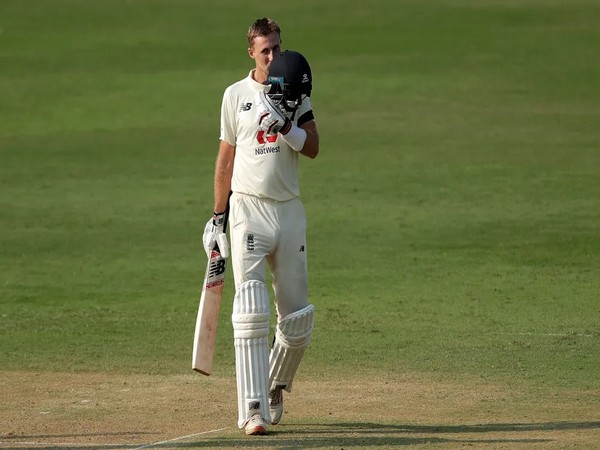 Chennai (Tamil Nadu) [India], February 5 (ANI): Joe Root and Dom Sibley put England in control of the first Test, forming a stunning 200-run partnership on the opening day of the match against India here at the MA Chidambaram Stadium on Friday.

At stumps, England's score read 263/3, with Root playing on 128 runs. However, India ended the day on a high as Jasprit Bumrah dismissed Sibley (87) in the 90th over.
Opting to bat first, Sibley and Rory Burns provided England with a good start. India did have a very good opportunity to send Burns back to the pavilion cheaply but the wicket-keeper, Rishabh Pant, dropped the catch off Bumrah's first delivery of the second over.
The duo then played cautiously to avoid any hiccups in the initial overs, taking the team over the 50-run mark. Ravichandran Ashwin handed India the first breakthrough as he got hold of Burns (33) in the 24th over. Dan Lawrence (0) then came out to bat but failed to impress as he was given LBW off Bumrah's delivery in the 26th over, bringing Root on the field.
Root, along with Sibley, steadied England's innings and played some fine shots. Both kept the scoreboard ticking and took the team to the 100-run mark in the 44th over. Root and Sibley kept on building their partnership while Indian bowlers struggled to get a breakthrough.
Their sublime performances saw them complete their respective half-centuries as the visitors started to take control of the game. England then went past the 200-run mark in the 74th over with Root inching closer to his century. Root, who was playing his 100th Test, got to his hundred in 164 balls.
While Root and Sibley avoided risky shots, they never missed the opportunity to score a boundary on loose balls. Bumrah gave India the much-needed breakthrough after he dismissed Sibley in the 90th over.
Brief scores: England 263/3 (Joe Root 128*, Dom Sibley 87, Jasprit Bumrah 2/40). (ANI)