India defeat Japan by 10 wickets in ICC U19 World Cup 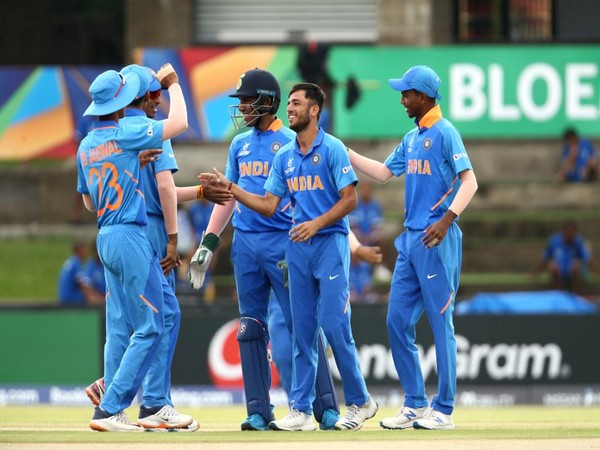 Chasing a small total of 42 runs, Openers Yashasvi Jaiswal and Kumar Kushagra kicked off the run chase in style and smashed Japanese bowlers out of the park.
Both batsmen kept scoring runs and racked up 35 runs in four overs. India achieved the target in 4.4 overs.
Jaiswal played an unbeaten knock of 29 runs while Kushagra remained not out on 13.
Earlier, India displayed an outstanding bowling performance to bundle out Japan for 41 in the ongoing U-19 Cricket World Cup. This total is the joint second-lowest ever recorded in the history of the tournament.
Five batsmen of Japan were bundled out for a duck as Ravi Bishnoi and Kartik Tyagi shined with the ball and picked up four and three wickets respectively.
Japan failed to cause any trouble the boys in Blue as the side was restricted to 19/6 in the tenth over.
Indian bowlers did not waste time and bundled out Japan inside 23 overs.
Canada and Bangladesh are the other two sides who have been dismissed for 41 runs in the past in the U-19 CWC. The lowest total belongs to Scotland as the side was dismissed for 22 against Australia in 2004.
Team India will next take on New Zealand on January 27. (ANI)