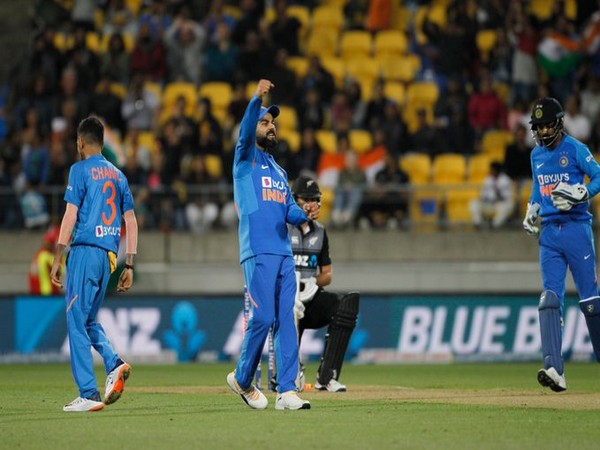 Dubai [UAE], Jan 1 (ANI): India on Saturday were fined 40 percent of their match fee by the International Cricket Council (ICC) for maintaining a slow over-rate against New Zealand in the fourth T20I.

The Virat Kohli-led side was ruled to be two overs short of the target after time allowances were taken into consideration and Chris Broad of the ICC Elite Panel of Match Referees imposed the sanctions.
According to Article 2.22 of the ICC Code of Conduct for Players and Player Support Personnel, players are fined 20 percent of their match fees for every over their side fails to bowl in the allotted time.
There was no need for a formal hearing as the skipper, Kohli, pleaded guilty to the offence and accepted the proposed sanction. The on-field umpires, Chris Brown and Shaun Haig, and third umpire Ashley Mehrotra levelled the charges.
India won the match in Super Over as both the teams had scored 165 runs in their allotted 20 overs. With this victory, India have taken a 4-0 lead in the five-match T20I series over New Zealand.
The fifth T20I between India and New Zealand will be played on February 2. (ANI)