India has made outstanding contribution to Test cricket: Richard Hadlee 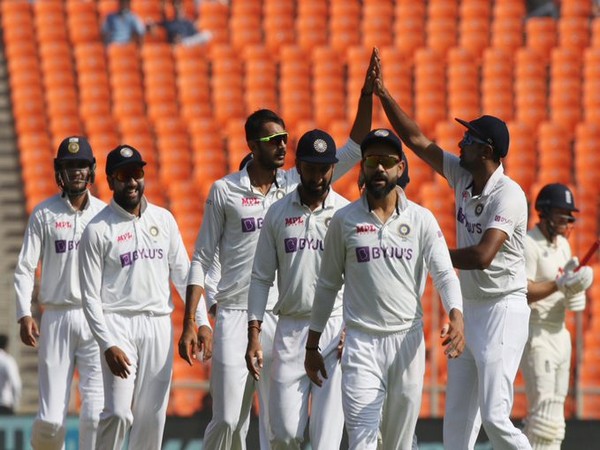 Dubai [UAE], May 25 (ANI): Former New Zealand all-rounder Richard Hadlee has hailed Team India for making an outstanding contribution to the longest format of the game. India and New Zealand will be locking horns in the upcoming World Test Championship (WTC) final, slated to begin on June 18 at the Ageas Bowl in Southampton.

"There is no doubt India produces a lot of revenue for cricket especially through television rights, sponsorships, advertising, attracting big crowds, and through tournaments like IPL, etc. Without India, the face of world cricket would be very different, therefore cricket needs India," Hadlee said in an official ICC release.
"India has made an outstanding contribution to Test cricket -- in fact, all formats of the game. Their Test performances in Australia were outstanding even though they had that blip and were bowled out for 36. They bounced back superbly well, and Test cricket came alive again -- it attracted a lot of interest and their performances in Australia was a remarkable achievement especially with so many youngsters having to come into the team and perform. India has a great depth of talented players in all formats of the game, waiting for their chances to be selected and show the world what they have to offer," he added.
When asked about who will be favourites in the WTC final, Hadlee said: "The Test Championship is a one-off game. Yes, it is a final, but I don't think either team will be too fazed about it. It is a neutral ground with no home team advantage. It is something to look forward to. Both teams deserve to be contesting the final because of their consistent playing performances over a set period of time. It all comes down as to who is better prepared and who adapts better to the English conditions the quickest."
"The weather may also play a part and if it is cold that will favour New Zealand. The Duke ball will suit both team's fast bowlers especially the genuine swing bowlers and the Kiwis are well served in that department with Southee, Boult, and Jamieson. If the ball seams around off the pitch, batsmen in both teams will be challenged. Both teams have high-class batsmen so it will be an interesting game to watch. It is too difficult to call a winner at this stage," he added.
Earlier this year, India defeated Australia 2-1 in the Border-Gavaskar Trophy against all odds and then Virat Kohli's team defeated England to cement their place in the finals of WTC.
"Personally, I am a great supporter of Test cricket. That's all I knew when I grew up in the '60s and '70s. Yes, one-day cricket gained momentum in the mid-'70s but there were not many games back then. In the 80's one-day cricket really took off. For me, Test cricket still remains the format to play. It is the foundation on which the game is based, and it must be protected and preserved at all costs. If we lose sight of or neglect Test cricket, we will lose it and not get it back," said Hadlee.
"It is the responsibility of all countries and players alike to keep the Test game alive and cherish the moment when they are playing that format. Test cricket is a real test of a player's mental, physical (fitness), technical, tactical, and skill set ability and attributes over 5 days in changing pitch and weather conditions and in different match situations that players need to adapt to. There is no other game like it," he added.
Over the years, there has been one argument saying that Test cricket may lose its charm with the onset of more and more global T20 leagues. When asked about different formats, Hadlee said: "There is room for all three formats of the game to co-exist and live together. Test cricket is real cricket. One-day cricket is and has been an ideal format for those who want another option. T20 cricket for me is not real cricket as we know it, but a form of cricket due to all the innovative skills a batsman and bowler requires -- it is a high-risk game with many limitations and few opportunities for most players to excel in and perform."
"In fact, I think it is a frustrating game for many players, but the financial rewards are great that will offset any disappointments. At least television and fans love T20 cricket and it is an exciting game to watch and enjoy," he added. (ANI)