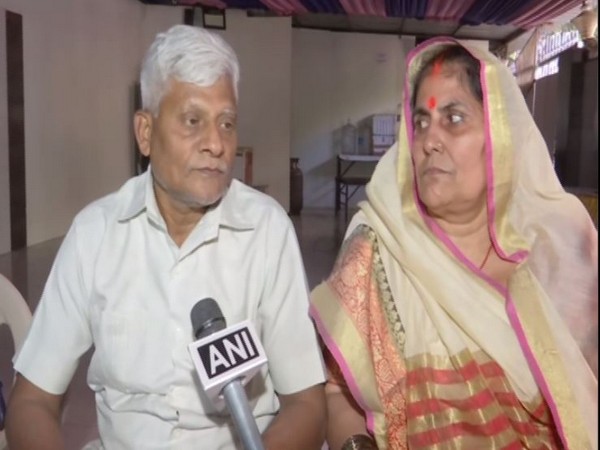 Mumbai (Maharashtra) [India], Mar 8 (ANI): Indian cricketer Radha Yadav's father Om Prakash Yadav on Sunday said that the Indian team has performed well in the Women's T20 World Cup despite facing defeat at the hands of Australia in the final.

"It is a great honour that they have performed very well throughout the tournament and reached the final. They lost in the final but it's a part and parcel of the game," Om Prakash told ANI.
Australia defeated India by 85 runs to win its fifth World Cup title at the Melbourne Cricket Ground (MCG). Before this edition, Australia had won the tournament in 2010, 2012, 2014 and 2018.
Radha took four wickets against Sri Lanka during the group stage match of the World Cup and overall she took six wickets in the tournament. Australia's Megan Shutt topped the tally with 13 wickets.
Om Prakash hailed her daughter's performance and said Radha has performed well in the department.
"Radha has performed exceptionally well in all the departments," he added.
Radha's mother said that despite losing the final, the India team will bounce back and perform well in the upcoming tournament.
"I was very hopeful that team will win the World Cup but its okay win and loss is part of the game. I believe they will perform well in the coming future," Radha's mother said.
Chasing 185, India got off to the worst start possible as Shafali Verma (2) was sent back to the pavilion by Megan Schutt on the third ball of the innings. Jemimah Rodrigues (0) and Smriti Mandhana (11) were sent back and hopes of winning the first 20-over World Cup title looked like a distant dream.
The last straw on the camel's back came for India in the sixth over of the innings as Harmanpreet (4) was sent back to the pavilion by Jess Jonassen, reducing the team to 30/4.
In the end, Australia did not give away many loose balls, and the hosts went away with a win by 85 runs to win their fifth T20 World Cup title. Earlier, Beth Mooney and Alyssa Healy played knocks of 78 and 75 respectively to take Australia's score to 184/4 in the allotted twenty overs. (ANI)