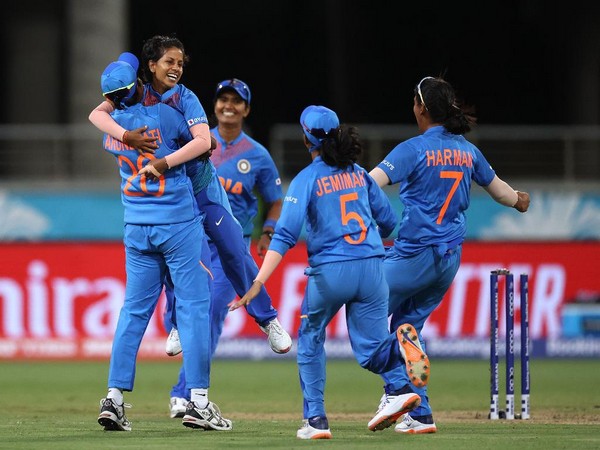 Sydney [Australia], Mar 5 (ANI): India has entered its first finals of the ICC Women's T20 World Cup as the side's semi-final clash against England got abandoned due to rain on Thursday here at the Sydney Cricket Ground (SCG).

There were no reserve days for the semi-finals and as India topped Group A, they progressed to the finals of the tournament.
Later in the day, South Africa and Australia will take on each other in the second semi-final, and if it gets washed out as well, the Proteas will make it to the finals as they topped Group B.
As per the ICC rules, both innings needed to have at least five overs to constitute a match. However, in ICC tournaments, the minimum over-limit goes to 10 overs per side. So if rain forces the match to be less than 10 overs per innings, the match is deemed as 'abandoned'.
In the 2018 edition of the Women's T20 World Cup, India and England clashed in the semi-finals, and the Indian eves had to face a loss to crash out of the tournament.
India defeated hosts Australia, Bangladesh, New Zealand, and Sri Lanka in their group to head into the semi-finals undefeated. (ANI)