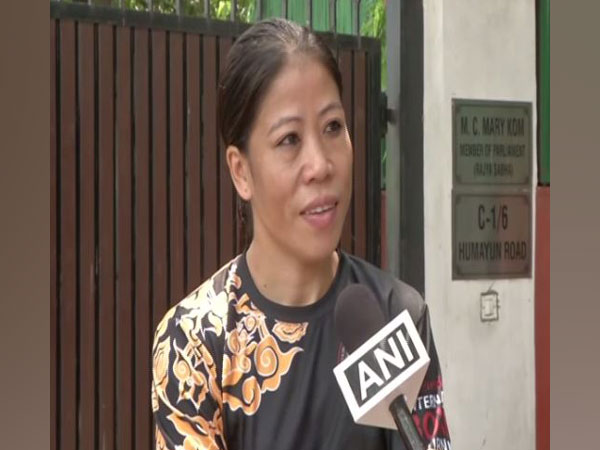 As per AIBA's instructions, appeals are accepted only if the scoreline reads either 3-2 or 3-1. Hence, the yellow Card was not accepted by the technical committee.
Earlier, a BFI official said that India has waved a yellow card to appeal against how the Indian pugilist was scored in the match, but one needs to confirm for the official word.
"We have appealed, the yellow card has been given. But we have to wait for confirmation," a BFI official told ANI.
Despite the appeal being turned down, Mary Kom is still continuing to question the referee's decision. After losing the match, she was seen very surprised at how she was scored by the match officials.
She took to Twitter and shared the entire match's video. The 36-year-old captioned the post as "How and why. Let the world know how much right and wrong the decision is... @KirenRijiju @PMOIndia.
Six-time world champion Mary Kom was knocked out of the Women's World Boxing Championships on Saturday after facing a defeat in the semi-finals of the tournament. As a result, she would now have to settle for a bronze medal.
Turkey's European champion Busenaz Cakiroglu defeated the 36-year-old 4-1 in the 51-kg category.
She had proceeded towards the semis after defeating Rio Olympics bronze medalist Ingrit Valencia 5-0 in the quarter-final.
India's Lovlina Borgohain (69kg), Jamuna Boro (54kg) and Manju Rani (48kg) are scheduled to play their respective semi-final matches later today.
Rani will face Thailand's Chuthamat Raksat while Borgohain will take on China's Yang Liu.
Borogohain had defeated Poland's Karolina Koszewska 4-1 in the 69-kg quarterfinals while Rani outclassed North Korea's Kim Hyang Mi 4-1 in the quarter-finals of the 48-kg category.
Boro will take on the top seed and former Asian Games bronze-medallist Huang Hsiao-Wen of Chinese Taipei. Boro had defeated Ursula Gottlob of Germany 4-1 in the quarter-finals. (ANI)