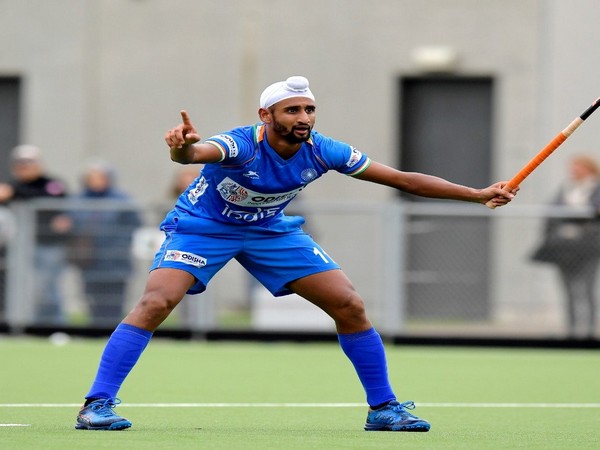 Antwerp [Belgium], Sept 28 (ANI): The Indian Men's Hockey Team defeated World No. 8 Spain by 6-1 in their second match of Tour of Belgium held here on Saturday.
In the first quarter, World No. 5 India played aggressively against Spain and created many opportunities but did not manage to score a goal.

Captain Manpreet Singh broke the deadlock and scored a goal in the 24th minute of the second quarter. Harmanpreet Singh scored his first goal of the game through a penalty corner in the 28th minute and doubled India's lead over Spain.
However, Spain managed to pull a goal back before half time making the score line 2-1.
With the start of the third quarter, India showed attacking intent and kept the Spanish team deeper into their own half. Harmanpreet Singh scored his second goal of the game through another penalty corner in the 32nd minute.
Midfielder Nilakanta Sharma scored the fourth goal for India in the 39th minute of the game taking the score to 3-1.
India kept the pressure on the Spanish side in the fourth quarter and did not give any opportunities for a comeback to their opponent. India went on to add one more goal to their tally as Mandeep Singh scored in the 56th minute.
Rupinderpal Singh scored the final goal of the match through a penalty corner in the 59th minute making the scoreline 6-1 and the match concluded on the same.
Indian Men's Hockey Team will face Spain on September 29 in their third match of the Belgium tour. (ANI)