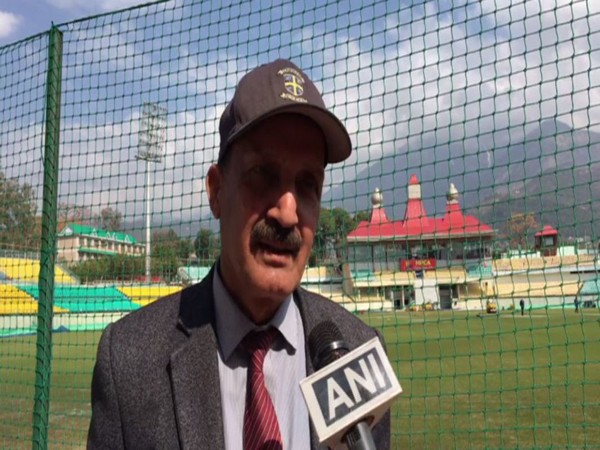 Dharamshala (Himachal Pradesh) [India], Mar 4 (ANI): Ahead of India's first ODI against South Africa on March 12 at Dharamshala, the Himachal Pradesh Cricket Association (HPCA) general manager Col HS Manhas on Wednesday said all precautions are being taken by the medical teams amid the coronavirus scare.

Both the teams will arrive in the stadium on March 10. The teams will have the practice match before the opening ODI.
"As far as coronavirus is concerned, all precautions are being taken by the medical teams and they will ensure that some measures will be taken. But since it is an open stadium and the air quality is good and I don't think that in this area such cases are there so far, but besides that we will make some arrangements so that everything goes well," Manhas told ANI.
The general manager also confirmed that the medical team will ensure no infected person could enter the stadium.
"Our medical team is taking special care of this thing and we'll ensure that no such infected person could enter the stadium. Although people are avoiding to visit crowded places, the cricket craze will definitely bring them here," Manhas said.
South Africa have announced their squad for the three-match series on Monday while India's squad is yet to be announced.
South Africa squad: Quinton de Kock (C, Wk), Temba Bavuma, Rassie van der Dussen, Faf du Plessis, Kyle Verreynne, Heinrich Klaasen, David Miller, Jon-Jon Smuts, Andile Phehlukwayo, Lungi Ngidi, Lutho Sipamla, Beuran Hendricks, Anrich Nortje, George Linde, Keshav Maharaj.
The other two-match will be played in Lucknow and Kolkata on March 15 and 18, respectively.
On Monday, a person each from Delhi and Telangana were tested positive for coronavirus. Both the patients are stable and being closely monitored, the Ministry of Health and Family Welfare said.
Global deaths due to coronavirus outbreak rose above 3,000 with the new count in China mainland rising to 2,912. The deadly virus that originated in China late last year continues to spread around the world and has infected more than 80,000 people. (ANI)