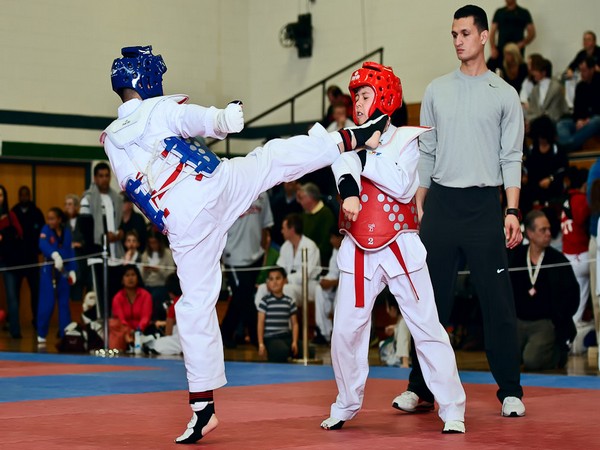 Mumbai (Maharashtra) [India], Aug 10 (ANI): India Taekwondo has set up a referee commission and an athlete commission to provide the best facilities available to all the athletes.

The athlete commission will be headed by Saurav Krishan and Prajakta Ankolekar. The referee commission formed will look into the training of the referees in order to make sure fair play is followed, along with an understanding of all the rules and regulations as per the guidelines of World Taekwondo.
The quality and integrity of the sport shall be in the safe hands of the referees.
"I am very happy that we are finally ready to launch into the future of India Taekwondo and am immensely thankful to World Taekwondo for their unconditional support. I am confident that the referee and athlete commission formed will do their best in providing efficient training and education for the referees and athletes respectively. I am eagerly looking forward to all the accolades that the young talent of our country will achieve. Our main focus is to build up confidence in athletes to plan the road map & support them as much as we can," Namdev Shirgaonkar, President, India Taekwondo, said in an official statement.
India Taekwondo has also received a good response from the coaches of World Taekwondo Level 1 and Level 2 for the online license course. A similar coaching committee will be formed after a diligent examination.
Respectively, the athlete commission led by Krishan and Ankolerkar, will look after the best interests of the athletes and respond to any and every query that the athletes might have.
Speaking on her appointment Prajakta said: "I am extremely eager in my new role to ensure Taekwondo gets more recognition. I am happy that we will finally be able to encourage new talent and youth to join the sport."
Prajakta Ankolekar a Poomsae athlete, was a member of the India team that won a silver medal at the South Asian Games. A coach at the Karnala Sports Academy, she has also won the Bronze medal at the India Open International tournament and competed at the World Taekwondo Championship in Taiwan.
Saurav Krishan a Kyorogi athlete, captain of the India Team at the South Asian Games that won a silver medal. A Bhim awardee from Haryana, he has also won the Bronze medal at the India Open International tournament. He is also the Jr. Taekwondo Coach at the department of Youth Affairs and Sports, Haryana.
"I am very keen on this new phase. We have all waited really long to finally begin our journey and for our efforts to shine. I am very thankful to India Taekwondo for giving me this opportunity," said Saurav.
Now athletes can freely walk under the flag of India Taekwondo in the upcoming world championship as well as Olympic qualification, which are scheduled in 2021. India Taekwondo is looking forward to working closely with the Sports Authority of India (SAI) to schedule training programs for athletes if the conditions support.
India Taekwondo will soon announce a new tournament, with the entire fraternity's co-operation and support for the sport. The tournament is likely to begin in September with a whole new innovative format considering the pandemic. (ANI)