India U-16 team can compete with any team at any level: Coach Bibiano Fernandes 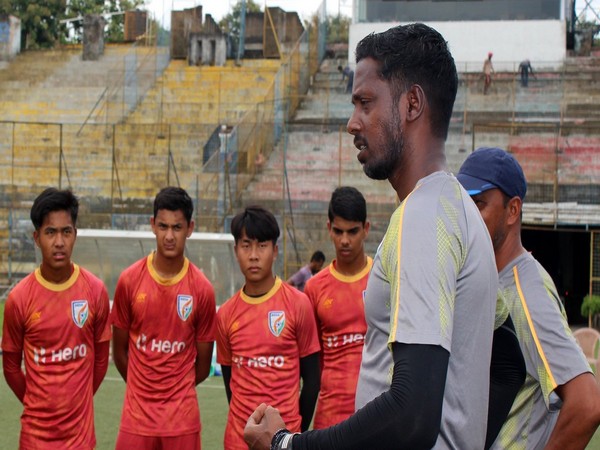 New Delhi [India], June 20 (ANI): Indian football Under-16 team's head coach Bibiano Fernandes on Friday exuded confidence and said that the side can compete with any team at any level.

India were clubbed with Korea Republic, Australia and Uzbekistan in Group C at the official draw for the AFC U-16 Championship Bahrain 2020 held at the AFC House in Kuala Lumpur on June 18.
"Before the draw, I had no expectations or any preference of opposition. I was relaxed. When I saw Australia, Korea Republic and Uzbekistan in our group, I thought of my team who have already given an account of them and done well in the qualifiers," said Fernades during an Instagram Live chat with the Indian football team's official page
"I believe in my boys they can compete with any team at any level. I am sure our boys will make us proud. It has been difficult for us and all over the world but everyone is finding ways to work with the boys," he added.
The preparations of the Blue colts were hindered due to the ongoing coronavirus crisis and COVID-19 induced nationwide lockdown.
Fernades said the team management has been in touch with the players during the lockdown and are now focusing on conditioning.
"I know some countries have already started training. What we started doing is we had online sessions with the boys thrice a week were we conducted strength sessions, goalkeeping sessions and ball mastering sessions," said Fernades.
"I know it is not enough but we are keeping in touch with the players. We also used to watch matches of other U-16 teams and analyse their games," he added.
The AFC U-16 Championship is slated to be held between November 25 and December 12 later this year in Bahrain. (ANI)