India vs Bangladesh Delhi T20I not called off yet, DDCA keeps fingers crossed 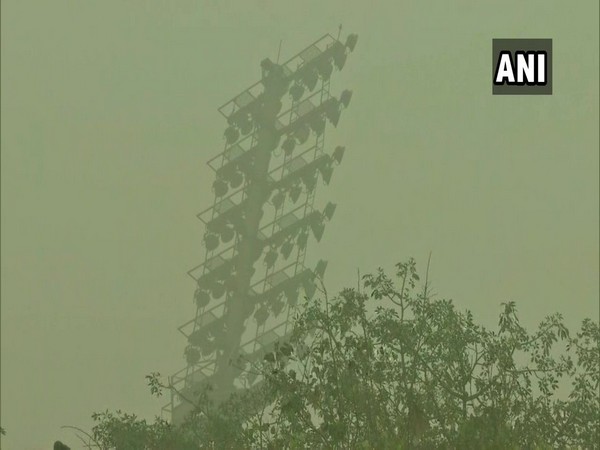 The light rain on Saturday evening has made the situation worse for the Delhi and District Cricket Association (DDCA) officials as the smog has gone from bad to worse in the national capital.

With the opening T20I between India and Bangladesh set to be played at the Arun Jaitley Stadium in New Delhi on Sunday, the DDCA officials and groundsmen are keeping fingers crossed that the smog settles down in time for the game.

Speaking to IANS, a senior DDCA official said that the groundstaff are helpless in such a scenario and it all now depends on nature and prayers.

"Contrary to the belief that showers on Saturday would have helped settle things down, today is the worst of the lot. The eyes are hurting and visibility is at an all-time low. Hopefully the sun does come out and the smog settles else it will be very difficult to get the match going. We are helpless in such a scenario and can only pray that the match happens," the official said.

Despite a thick blanket of smog shrouding the national capital, the T20I match between India and Bangladesh slated to be played later today at the Arun Jaitley Stadium has not been called off yet, sources in the BCCI said.

"The match has not been called off yet. It is too early to decide as the match is at 7 pm," a source in the cricket body told ANI.

Due to low visibility, air traffic at Delhi Airport was also affected as of Sunday afternoon with over 32 flights being diverted.

Air pollution levels in the national capital escalated to hazardous and visibility dropped significantly as a thick blanket of smog engulfed several parts of the city on Sunday morning.

Notably, for the first time in this season, the Air Quality Index (AQI) docked as high as 625 at 10 in the morning despite light drizzles in the early hours.

Bangladesh players were also seen training with masks on the build-up for the match. The cricketers trained for three days straight with masks on.

"But there is nothing we can do about it. We have to make sure we prepare and deal with it. We have had little scratchy eyes and sore throat, but no one has been sick yet. We have to play three hours of the game, and we are having three hours practice session and probably this is the maximum amount of time you would want to spend in such a situation," he had added.

In 2017, the Sri Lankan cricket team struggled with the dipping air quality levels and their players were seen with masks on during a Test match in Delhi.

"We know Sri Lanka struggled with it the last time. There's a bit of pollution in Bangladesh as well so it is not a massive shock to the system. Players have dealt with it really well. We have to go about our business. I am not a medical doctor, I am just a coach. It is not ideal as your eyes and throat get sore," Domingo had said.

Bangladesh and India are slated to play the first T20I of the three-match series later today at 7 pm at the Arun Jaitley Stadium.

Asked if the call will be taken solely by the match referee, the official said it will involve the umpires and the groundstaff could also be consulted.

"The call has to be taken by the match referee and he will consult the umpires. They can also check with the groundstaff to decide on the fate of the match if the condition stays the way it is. But then again, you never know with the weather and things could change in the evening. But if you go by the current scenario, things are a little grim to be honest," he said.

With the Environmental Pollution (Prevention and Control) Authority (EPCA) on Friday declaring a public health emergency in Delhi-NCR due to severe air pollution, BCCI President Sourav Ganguly checked with India skipper Rohit Sharma if the team is comfortable with the conditions and the stand-in captain gave the chief the thumbs up.

Sources in the know of developments had said that there was a conversation between the two and Rohit informed Ganguly that they were having no problem.

"The President checked with Rohit and the team is comfortable and there is no problem they had after a full-on training session on Friday. In fact, there is an optional training even on the eve of the game. The skipper has given the thumbs up to the BCCI chief," the source said.

In fact, even on Thursday Rohit made it clear that the air was no issue. "I have just landed and haven't had time to assess. As far as I know the game is to be played on 3rd and will be played. We didn't have any problem when we played the Test match here (against Sri Lanka). We are not aware of the exact discussion and I haven't had any problem," Rohit said.