India will be backed by cheers during Tokyo 2020 Olympics: President Kovind 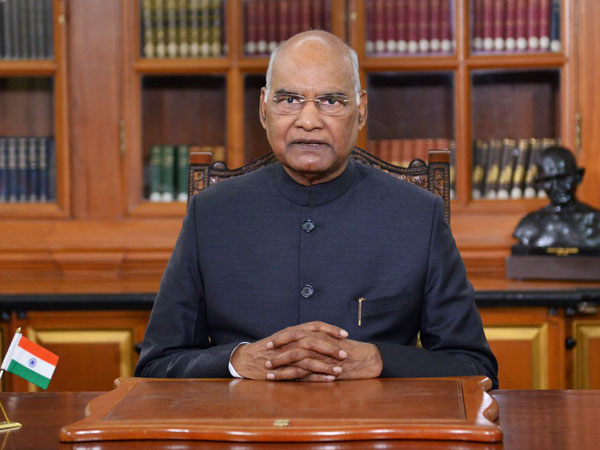 New Delhi [India], Jan 25 (ANI): Boosting the sporting spirit of contingent taking part in the upcoming Tokyo 2020 Olympics, President Ram Nath Kovind on Saturday said that the whole country will be supporting the athletes participating in the global event.

During his traditional address to the nation on the eve of the 71st Republic Day, the President said that the new generation of players continues to bring in laurels for the nation.
"This is also the year of the Tokyo Olympics. While India has traditionally done well in a number of sports, the new generation of players and athletes has brought laurels for the nation in more and more varieties of sports in recent years," Kovind said.
"At Olympics 2020, the Indian contingent will be backed by cheers and good wishes of millions of Indians," he added.
Last year, the shooting contingent brought laurels for the country as they managed to secure 15 Olympic quotas.
India has never won 15 Olympic quotas in the sport ever before. The contingent had won a best-ever 12 quota places in the run-up to the Rio Olympics 2016.
The Olympics will take place from July 24-August 9 this year. (ANI)