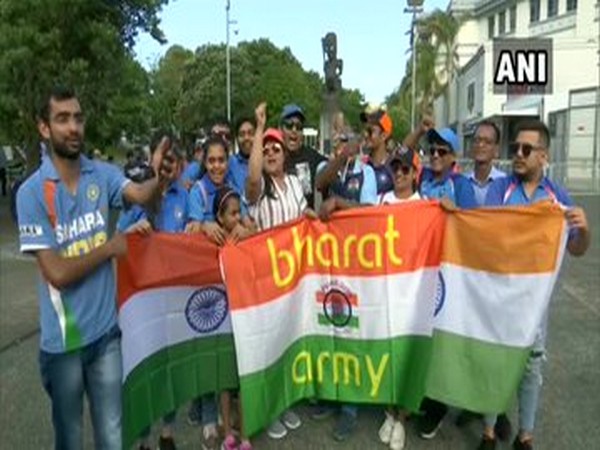 Auckland [New Zealand], Jan 24 (ANI): Indian spectators are all set for the thrilling encounter between India and New Zealand in the first T20I here at Eden Park on Friday.

India skipper Virat Kohli won the toss and opted to bowl first. The Indian supporters arrive at the stadium to show their supports to Men in Blue. This is the first time that both teams will face each other since the World Cup semifinal.
India lost the semifinal against Kiwis by 18 runs which ended the former's run in the tournament.