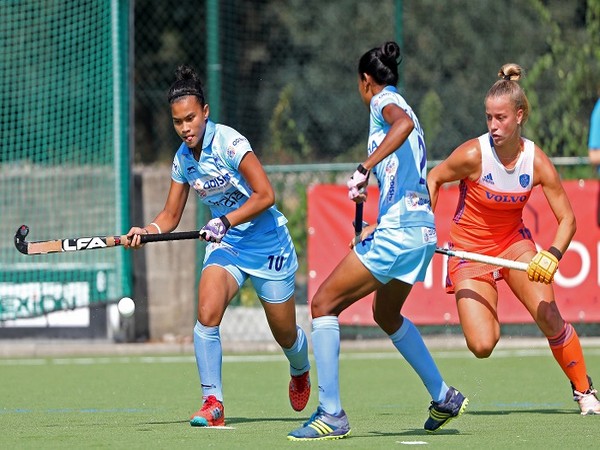 New Delhi [India], January 8 (ANI): The Indian junior women's hockey team will be back on the field after more than a year when they tour Chile for six matches in January.

The team will take on the junior Chile team on January 17 and January 18. Thereafter, the Indian junior team will be up against the senior Chile team on January 20, 21, 23, and 24.
The Indian junior women's team had a fair outing in Australia when they last travelled for an international assignment in December 2019 before the coronavirus pandemic stopped all sports events worldwide with immediate effect.
The team had played 4 matches -- 2 against New Zealand and 2 against Australia in which the junior team won 2 matches, drew 1, and lost 1.
Soon after the Indian women's team left for Argentina over the weekend as part of their Olympic preparation, the Indian junior women's hockey team is all set to tour Chile for their much-needed preparations for the all-important junior World Cup this year.
Hockey India has planned the tour considering all health and safety measures in Chile. Hockey India and the Chilean Field Hockey Federation will be creating a bio bubble for all the personnel involved in the tour.
The team will be staying in a hotel where a provision to have separate rooms/halls for the team for all the meals, team meetings, sessions etc have been made.
The accommodation will be on a twin sharing basis, where the room sharing partners will remain the same throughout the tour who will also be the same even in case of the seating arrangement in the team coach/bus, this has been planned carefully keeping in mind all necessary requirements.
The entire Indian squad (players and support staff) will be tested twice (once within 72 hours of departure from India and once at arrival in Chile) before the Indian team starts training in Chile.
An affidavit along with the negative PCR test result of each individual travelling squad member has to be submitted at entry in Chile and there will be no movement of members out of the hotel except for training and match days.
The 24-member Indian Junior Women's Hockey squad for the tour: Suman Devi Thoudam (C), Defender Ishika Chaudhary (vc), Goalkeepers Khushboo and Rashanpreet Kaur, Defenders Mahima Choudhary, Priyanka, Gagandeep Kaur, Sushma Kumari, and Akshata Dhekale, Midfielders Baljeet Kaur, Chetna, Mariana Kujur, Ajmina Kujur, Reet, Prabhleen Kaur, Vaishnavi Phalke and Preeti, and Forwards Jiwan Kishori Toppo, Mumtaz Khan, Rutuja Pisal, Sangita Kumari, Beauty Dungdung, Lalrindiki, and Deepika. (ANI)