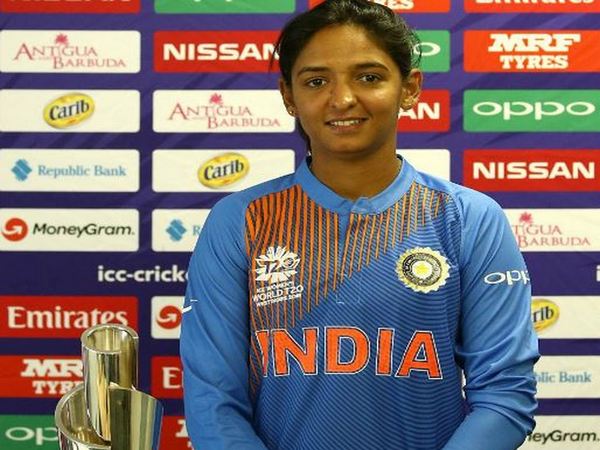 With this win, India has gained a 3-0 unassailable lead in the series.

In pursuit of 99, India got off to a brisk start as Shafali Verma scored three boundaries in quick succession but her stint at the crease came to an end as she was sent back to the pavilion by Shabnim Ismail. Verma was dismissed after scoring 14 runs.

Smriti Mandhana (7) and Jemimah Rodrigues (7) departed in quick succession, reducing India to 29/3 in the seventh over, still, 70 runs away from the target.

Harmanpreet Kaur and Deepti Sharma retrieved the innings for India as the duo put on a partnership of 50 runs, but with 20 runs away from the target, Sharma (16) lost her wicket in the 15th over. Soon after, Veda Krishnamurthy (5) was also sent back to the pavilion.

In the end, Harmanpreet and Pooja Vastrakar took India over the line by five wickets and with 17 balls to spare.

Earlier, India displayed a spirited bowling performance to restrict South Africa to just 98/8 in the allotted twenty overs after opting to bowl first.

Openers Sune Luus and Lizelle Lee put up a brief 23-run stand, but their resistance was cut short by Radha Yadav as she dismissed Luus (7) in the sixth over. Soon after Lee was also sent back to the pavilion by Poonam Yadav, reducing Proteas women to 25/2 in the seventh over.

Laura Wolvaardt and Nadine de Klerk retrieved the innings for South Africa as the duo put up a partnership of 32 runs but as soon as their stand started to flourish Harmanpreet Kaur dismissed Wolvaardt (17) in the 12th over.

After Wolvaardt's dismissal, South Africa lost its way as the team kept on losing wickets at regular intervals and at one stage the team was reduced to 96/6 in the 19th over.

In the final over, South Africa lost two more wickets and as a result, they were restricted to a score less than 100.
Radha Yadav was the pick of India bowlers as she scalped three wickets.