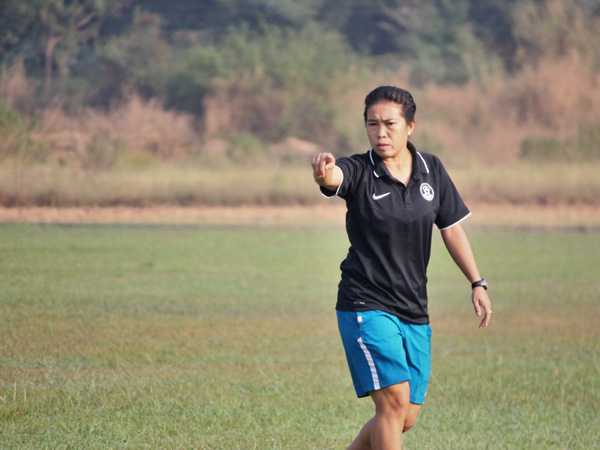 Devi is the seventh Indian footballer and first women player to be conferred with the prestigious award.
India captain Ashalata Devi said that the Padma award to Bembem Devi is a true recognition for women's football in the country.
"She is and always will be my badi didi (elder sister). Bem di's Padma Shri award is the true recognition of women's football in India. My nomination in AFC and now, Bem di's award summarises the fact that women's football in India is growing and we are on the right track," Ashalata said in a statement.
Bala Devi said that Bembem Devi has always acted as a mentor and truly deserves the honour.
"Bembem di has always been our coach-friend-guardian in the team. Whenever we have faced any problem, be it on the field or personal, she has been our one-stop solution. She deserves this award than anyone else and I really feel proud to have shared the dressing room with her. Thank you Bem di for everything," Bala said.
Bembem Devi, whose international career spanned over two decades, hung her boots after winning the gold medal in South Asian Games in Guwahati, Assam in 2016.
Defender Dalima Chhibber applauded Bembem Devi for her role in the team and said that playing alongside her was a huge honour.
"I still remember how stiff I was during my earlier days in the Indian dressing room and how Bem di personally came to me and helped me get along with the team. Sharing the dressing room with the living legend is a huge honour for me. Personally, it gives me immense pleasure to have heard the news," Chhibber said.
Chhibber also said that Bembem Devi is the go-to person for long in spite of taking up coaching very late.
"Although she has taken up coaching of late, she has been there for us for long. Our very own Bem di," she said.
Goalkeeper Aditi Chauhan said that Bembem Devi's recognition is a great achievement in the field of Indian women's football and will motivate young girls to join the game.
"It has been a huge recognition for the Indian women's football team and given the fact that India will host the U-17 Women's Football World Cup this year, more girls will be inspired to take up football seriously. As I am here in Bengaluru for Hero IWL commitments, I could really notice how inspiring and motivating this has been for all the players here," Chauhan said.
Aditi said that it was an honour to represent the country alongside a stalwart like Bembem Devi.
"Thank you Bem di for your support and being a true flag-bearer of Indian women's football for so long. I am fortunate to have played alongside you," she added. (ANI)