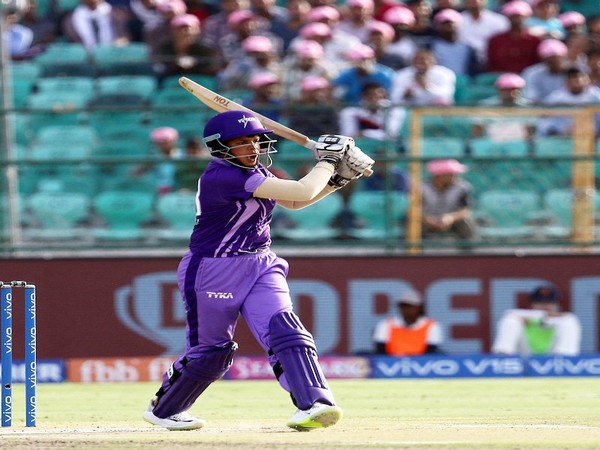 Rohtak: Fifteen-year-old sensation Shafali Verma, who is taking women's cricket by storm, had entered cricket academy disguised as a boy due to the lack of a single academy for girls in Rohtak.

She had recently played a knock of 46 runs in the fourth T20I of the five-match series between India and South Africa to hand her team a comprehensive win.

Her family recently made the revelation and her father said that it was his decision to take the step looking at the lack of facilities for aspiring women cricketers in the state.

Verma had to sport boys' haircut to enjoy the facilities of the academy and to get proper cricket training.

"In the early days, we had many problems. I took her to many academies as people used to refuse, saying that she is a girl. We then decided to cut her hair short to get her enrolled in an academy. I am very happy that she is now representing India on a national level. There is no academy in Rohtak for girls, so we decided to cut her hair short and let her play disguised as a boy. We even changed her name, academy people found about her disguise a little late," Sanjeev Verma, father of Shafali told ANI.

"God has been kind to us and I hope she stays in the team for a long time. I am very proud that my girl has achieved the feat. I have another daughter and she looks up at Shafali," he added.

She was dismissed for a four-ball duck on her debut in the opening match, but she went on to play a match-winning knock in the fourth T20I.

"It is a nice feeling when you that your child is representing India. She used to play with a tennis ball during her initial days, I did not much about the sport. Her father has always been a huge supporter of cricket. We had many hindrances as our neighbours also used to comment on letting our girl play cricket," Parveen Verma, mother of Shafali told ANI.

"When she used to play, no one took her in any academy after seeing she's a girl. Her father gave the idea of cutting her hair short. She went into the academy and was included as people thought she's a boy," she added.