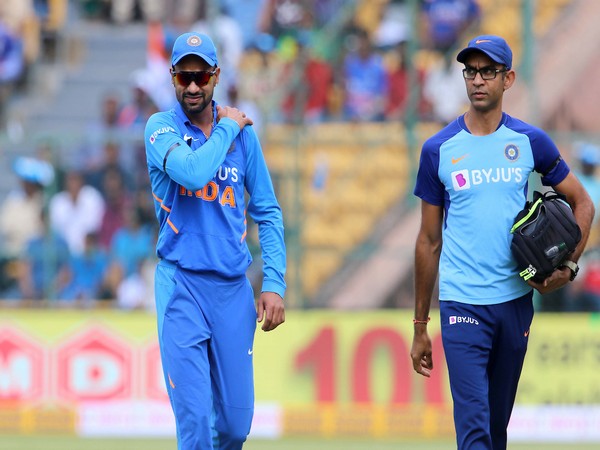 Bengaluru (Karnataka) [India], Jan 19 (ANI): Opening batsman Shikhar Dhawan has gone for an X-ray after hurting his shoulder in the ongoing third ODI against Australia here at the M. Chinnaswamy Stadium.

This puts his participation in the match under doubt, and the management will take a call once the player returns after his X-ray.
"Update: Shikhar Dhawan has gone for an X-Ray. A call on him being available for the game will be taken once he is back & assessed #TeamIndia #INDvAUS," BCCI tweeted. 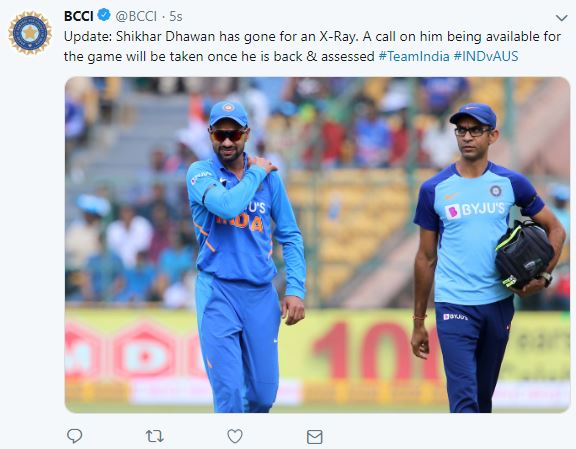 The opener had dived during the fifth over of Australian innings. In trying to field the ball at covers, Dhawan ended up hurting his left shoulder.
Dhawan had also not taken the field for the Australian innings in the second ODI after getting struck on the rib-cage in the second ODI.
In the match between India and Australia, the latter won the toss and opted to bat first here at the M. Chinnaswamy Stadium.
The visitors lost their openers David Warner (3) and Aaron Finch (19) quite early.
After their dismissal, Marnus Labuschagne and Steve Smith retrieved the innings for Australia.
While filing this report, Australia reached a score of 174/4 in 32.2 overs. (ANI)