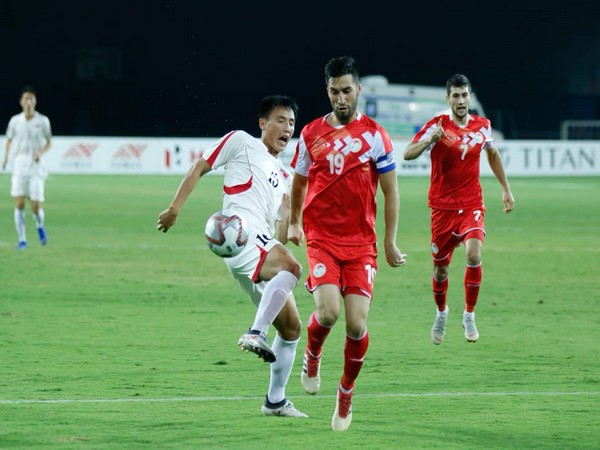 By the end of the full time, Ri Jin's goal in the 33rd minute was a solitary goal in the whole game.
DPR Korea started finding space in Tajikistan's defence from the initial minutes of the game.
In the 33rd minute, Ri Jin latches onto a low cross from the right flank and his first-time shot went into the back of the net to give DPR Korea the lead.
The half-time scoreline read as 1-0, and DPR Korea had the lead of a single goal. Tajikistan tried to minimise their deficit, but DPR Korea tested their custodian with good chances, although failed to make the most of them.
Tajikistan dominated in the possession but failed to score an equaliser and lost the match to DPR Korea, as the full-time ended at 1-0.
After DRP Korea's win, India's hope to make it to the final is dashed as Tajikistan and DPR Korea finish the group stage with 6 points each.
Syria, having three points, will play India in their last group match on July 16. (ANI)