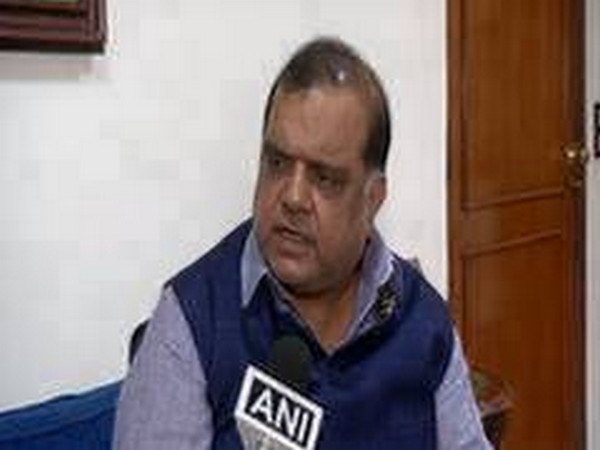 New Delhi [India], July 21 (ANI): The Indian Olympic Association (IOA) Treasurer Anandeshwar Pandey has asked the body's president Narinder Batra to "stop criticizing the IOA" after the latter said that the payments in IOA are not being handled properly.

"I want to clear my stand on a few things that as per the constitution draft of the IOA, every individual has been given a certain responsibility to do with full transparency, and no one is allowed to interfere in each others' work," Pandey said in a mail written to Batra on Tuesday.
"The draft also has a transparent policy in financial matters, including income and expenditure in which there has been a procedure for a joint decision by the finance division and the administrative division. We will discuss this issue in the next executive committee. Therefore, I request you to stop criticizing the IOA as it only brings bad name for the country's supreme sporting organizations," he added.
Earlier on Monday, Batra had written a mail to Pandey in which he stated that "I do have an opinion that payments in IOA are not being handled properly."
Pandey also said that he welcomes Batra's suggestions, including one about the financial management and said: "a prompt action would be taken on this."
However, Pandey then criticized the president saying that the association is not a "property of an individual".
"No one can rule an organization forever and the Indian Olympic Association isn't the property of an individual. Ego and proud of any individual can never be everlasting. I am on the verge of completing my tenure but I never felt any kind of fear and this reality should be known to you and your aides," he wrote.
"As far as you are concerned, everybody knows that you don't respect the constitution as well as the executive council or the decisions of the annual general meeting and that's why you continue sending meaningless emails just to defame the IOA," Pandey added.
Pandey also said that if Batra does not follow the constitution logically, then he will have to "take shelter of the court" just to oppose Batra's wrongdoings. (ANI)