IPL 13: AB de Villiers sees a lot of himself in Josh Philippe 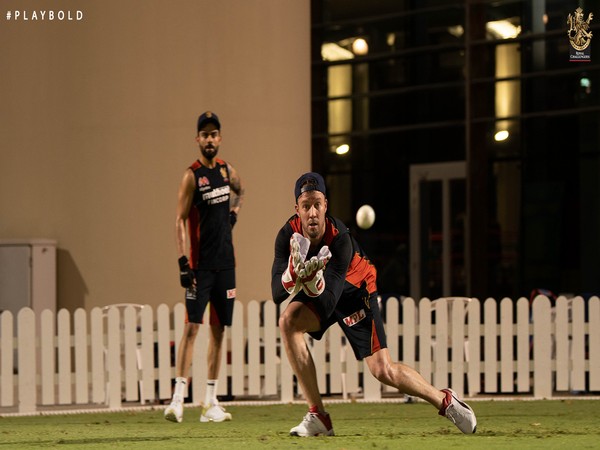 Dubai [UAE], September 15 (ANI): Every budding cricketer wants to spend maximum time with legends of the game like MS Dhoni, Virat Kohli, Rohit Sharma, and AB de Villiers among others during the Indian Premier League.

But for the former South Africa skipper de Villiers to say that he sees a lot of himself in young Australian batsman Josh Philippe has to be the biggest compliment for the 23-year-old.
Speaking in a video on Royal Challengers Bangalore's (RCB) official App, de Villiers said he is keen to have the youngster around as RCB look to win their maiden IPL title.
"We are going to have some world-beaters in this edition, we will have Finch, Moeen Ali, Adam Zampa and Josh Philippe. I am looking forward to connecting with Josh, I see a lot of similarities between the way he plays when I was younger. The four guys joining us will add to what we have created here and that is a very special team environment. I am excited about Josh, I watched him play for the Sydney Sixers, he takes the new ball on, he is a very talented player, I have heard Gilchrist say really some good things about him," he said.
Asked about the lack of fans, the Proteas batsman said that while he will miss the energy that comes with their presence, he is also used to playing minus the crowd.
"I think everyone wants to play in front of big stadiums, there is a sort of adrenaline that pumps into you when the crowd gets very loud especially in the Chinnaswamy, when the RCB crowd gets going, it gets difficult to stop the RCB side. We will miss that, I won't say I am not used to it, I have played a lot of cricket in empty stadiums.
"I grew up like that, it's only during the last few years of my international career that I played in front of full stadiums. Even then, every season I used to go back to play domestic cricket and play a four-day game and there were just four-five people sitting inside the stadium. But we will miss the RCB crowd without any doubt," he said.
The heat will definitely be a challenge and de Villiers made no bones about it and said that it comes close to the Test match that South Africa played against India and Virender Sehwag hit a triple ton.
"I am not really used to these type of conditions, it is very hot, it reminds of me a Test match we played in Chennai where Viru scored 309, that's the hottest conditions I have ever played in. The humidity is similar to that, when I arrived here, I googled the weather conditions for the next two months here in UAE. It seems to be getting better, I can already feel that it is better right now. It is important to have energy and the weather will definitely have a part," he pointed.
De Villiers also threw light on the 3TC format that saw the best of South Africa's players battle it out during the coronavirus-induced lockdown.
"I won't say I necessarily fell in love with 3TC cricket, the idea was pitched to us, it is a different format, it felt unique and different, there were certain elements that I did not enjoy as much and they will have to work on that. It was great fun to play a game of cricket in the middle of a lockdown. It was great to be out there to be with some of my friends and play cricket.
"There would not be a drop in the level of cricket, in the 3TC game I faced some of the best bowling in the last three-five years, the boys were landing great yorkers, the guys were so hungry to play cricket, you might just see that level of cricket grows higher now as everyone is working so hard, they are very hungry and they are all very motivated. We are going to see some fireworks," he assured. (ANI)