IPL 13: Coaching can be tough, lot of guys want to do it, says Simon Katich 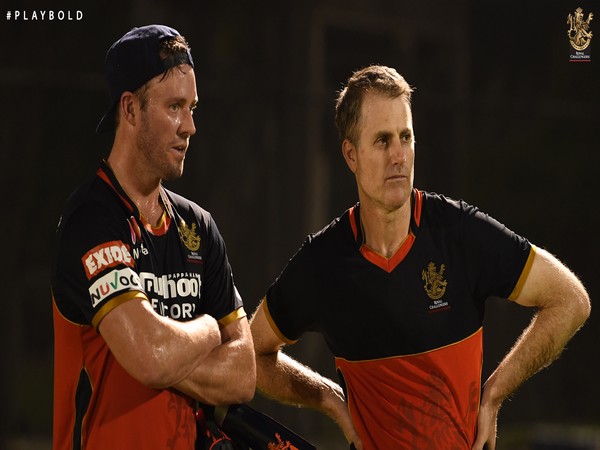 Dubai [UAE], September 13 (ANI): Royal Challengers Bangalore's (RCB) head coach Simon Katich has said that coaching can be a tough job to do and admitted that there are many people who eventually want to do the job.

The IPL 2020 will be played from September 19-November 10 in the UAE across three venues -- Dubai, Abu Dhabi, and Sharjah.
Katich has been roped in by the RCB as head coach while Mike Hesson is RCB's Director of Cricket.
"Coaching can be tough, there are a lot of guys who want to do it and there are limited spots. In a way, it is not that dissimilar with when you are playing. When you are playing, there are a lot of guys who want to play at your spot and coaching is not that different really. When you are coaching, you are worried for the whole squad and you want to get the best out of everyone," Katich said in a video posted on the official Twitter handle of RCB.
"Coaching is about trusting the players and allowing them to make their own decisions. When I was a player, I always tried to be self-sufficient and if coaches and mentors can help you do that, that's great. Ultimately you are out there on your own as a player," he added.
When asked to talk about his first stint as a coach, Katich replied: "It happened back in 2016. An opportunity came during that phase only to be an assistant coach with KKR for the 2016 season. It happened by chance, I did not plan on going into the IPL as a coach. The opportunity was great to feature in such a competition. I was fortunate enough to play the IPL in the first couple of seasons back when it started."
In the video posted on RCB's official handle, Katich also said that former Windies great Vivian Richards is his role model and he looked up to him during his initial playing days.
Katich also said that he is lucky to be working with Virat Kohli and AB de Villiers for this edition of the IPL.
Mumbai Indians and Chennai Super Kings will be locking horns in the opening match of the IPL 2020 on September 19 in Abu Dhabi. RCB will take on SunRisers Hyderabad in their opening match of the tournament on September 21. (ANI)