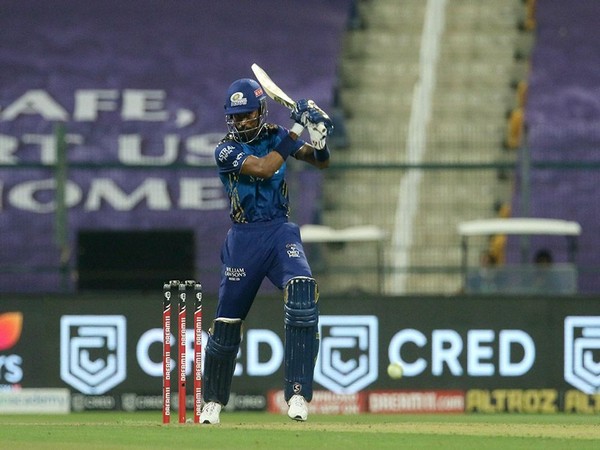 On July 30, Hardik had shared the news of his fiance Stankovic and him becoming proud parents following the birth of their first child. The couple got engaged in Dubai on January 1.

"It is been just a fantastic time for me to spend even 15 days before I left for UAE with my child and Natasa. It is one of the toughest things that is why I told Natasha as well that if it is going to pain this much I will make it worth it," Pandya said in a video posted by the franchise on their official Twitter handle.

According to Hardik, he is now in a better space after becoming the father.

"I think I'm in a much better space. Now I'm a father. It has given me immense pleasure and at the same point of time I think I have realised that the love for the family has increased a lot," the all-rounder said.

"Yes, I always loved my family but now the importance in my life is my family. I think because of that I have changed as a person. It has given me motivation as well and now everything is going to be for Agastya and for my family. I think I come in that list last now," he added.

Hardik has played eight games so far for Mumbai Indians in the tournament and scored 156 runs. He is yet to bowl an over in this season of the IPL.

"When I was leaving, it was one of the most difficult things for me. I have never felt this emotional before any series or any tournament. This was the time when I was coming to the UAE it was proper pain emotion wise. In the end, I had to tell myself and my partner that don't worry this will be worth it," Hardik concluded.

Rohit Sharma-led side is at the top spot of the points table with 12 points in eight games. Mumbai Indians will face Kings XI Punjab at Dubai International Cricket Stadium on Sunday, October 18. (ANI)