IPL 13: No total is safe when ABD is in such attacking form, says Morris 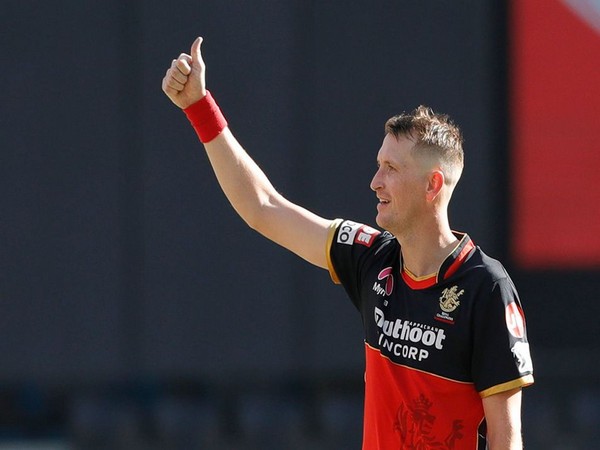 Dubai [UAE], October 18 (ANI): After registering a thrilling seven-wicket victory over Rajasthan Royals, Royal Challengers Bangalore (RCB) all-rounder Chris Morris said that no total is safe when AB de Villiers is in such a destructive mood at the crease.

His remark came as RCB chased down 178 with seven wickets in hand and two balls to spare. De Villiers played an unbeaten knock of 55 runs off just 22 balls with the help of one four and 6 sixes.
"When he (de Villiers) is in that sort of mood, it is so difficult to bowl to that man, when he is doing what he is doing so consistently, no total is safe. I have never gotten him out in professional cricket, whenever I dismiss him in nets, I celebrate very hard. I do not have plans when I am bowling to him," Morris told Yuzvendra Chahal in a video posted on iplt20.com.
In the match against RCB, Rajasthan Royals batted first and posted a total of 177/6 in the allotted twenty overs. Steve Smith top-scored for Royals as he played a knock of 57 runs off just 36 balls.
Chris Morris was the pick of RCB bowlers as he returned with figures of 4-26 from his four overs.
"We executed quite nicely towards the end, at the end of the day, its T20 cricket, I can go for 60 runs the next game, it was nice to get some wickets against Rajasthan Royals," Morris told Chahal.
RCB is now at the third position in the IPL 2020 standings with 12 points from nine matches.
The side will next take on Kolkata Knight Riders on October 21 at the Sheikh Zayed Stadium in Abu Dhabi. (ANI)