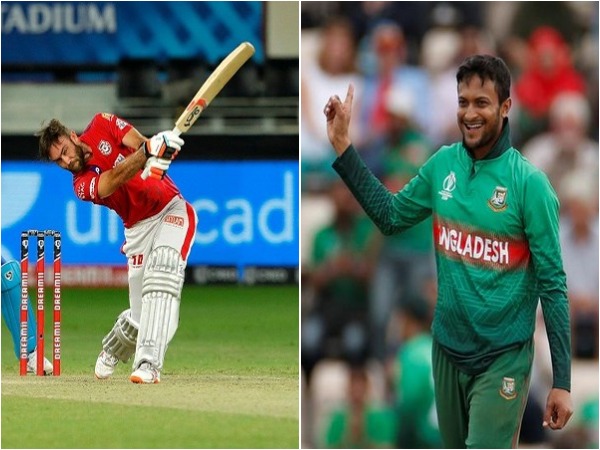 New Delhi [India], February 17 (ANI): The Indian Premier League (IPL) mini-auction is set to take place on Tuesday in Chennai and the franchises will go toe to toe for the all-rounders as they are the hottest property of T20 cricket.

This time 292 cricketers are set to go under the hammer for the 2021 edition of the tournament. A total of 164 Indian players, 125 overseas players, and 3 players from associate nations will be up for grabs in the mini-auction.
Before the auction, IPL teams have changed their squads and released players to raise their available balance.
Kings XI Punjab have the highest balance (53.2 cr) to spend in the auction while Chennai Super Kings (19.9 cr), Delhi Capitals (13.4 cr), Kolkata Knight Riders (10.75 cr), Mumbai Indians (15.35 cr) and SunRisers Hyderabad (10.75 cr) have limited budgets to add new faces to their squads.
Rajasthan Royals (37.85 cr) and Royal Challengers Bangalore (35.4 cr) have a moderate balance to fill nine and 11 places respectively.
Here are some all-rounders that would earn big in Tuesday's event:
Glenn Maxwell (Base Price Rs 2 cr)
Kings XI Punjab released Maxwell from their squad after his poor form in the IPL 2020. He managed to accumulate just 108 runs off 13 games. The all-rounder also failed to hit a single six for the first time in his eight-season IPL career. Maxwell, ranked third in the ICC T20I All-Rounder Rankings, would see huge engagement from the sides to get him in their squad after he returned to form in the Big Bash League.
Chris Morris (Base Price Rs 75 lakh)
South African all-rounder Chris Morris played the last season of the IPL for RCB and scalped 11 wickets in nine games. The all-rounder did not get much opportunity to perform with the bat and only managed to score 24 runs in the season. Morris' bowling and batting capabilities are something that can change the fortune of the game at any moment and franchises will definitely have that in mind when they bid for him.
Shakib Al Hasan (Base Price Rs 2 cr)
Experienced Shakib Al Hasan, placed at the top spot of the ICC ODI All-Rounder Rankings and third in the ICC T20I All-Rounder Rankings, will attract many when his name goes under the hammer on Tuesday. Bangladesh spin all-rounder has ample knowledge of the conditions and has previously played in the IPL. His power-hitting can also rescue sides from tricky situations.
Moeen Ali (Base Price Rs 2 cr)
Another spin all-rounder who has the potential to shine in these conditions is England's Moeen Ali. He was part of the RCB squad in the 2020 edition and played three matches for the side in which he got three scalps. His recent form in Test cricket is an example of the talent that he has. He bagged eight wickets in the second Test against India in Chennai. He has played 140 limited-overs games for England.
Shahrukh Khan (Base Price Rs 20 lakh)
Tamil Nadu all-rounder Shahrukh Khan had decent form with the bat in the Syed Mushtaq Ali Trophy. His 19-ball unbeaten 40 took his side to the quarterfinal of the tournament. The proven match-winner is indeed a young talent on which franchises will put their money. His pace bowling is another plus. He has played 31 T20s for the state and scored 293 runs. (ANI)