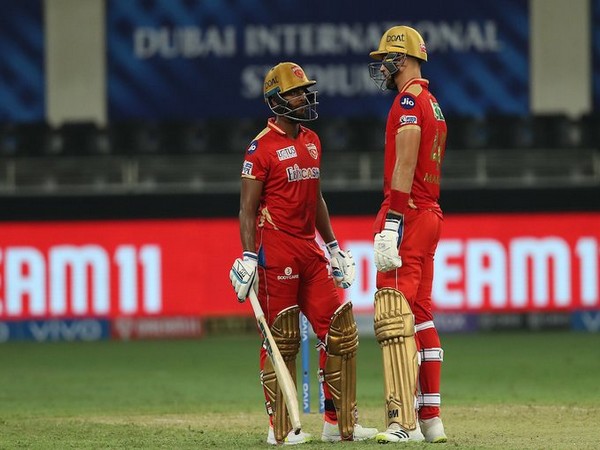 Dubai [UAE], September 22 (ANI): After stumbling to a two-run defeat against Rajasthan Royals in the Indian Premier League (IPL) 2021, Punjab Kings' Director of Cricket Operations Anil Kumble said that the loss will be a "difficult pill to swallow".

Rajasthan Royals registered a thrilling two-run victory over Punjab Kings on Tuesday here at the Dubai International Stadium. Chasing 186, Punjab Kings got off to an excellent start as openers KL Rahul and Mayank Agarwal put on 120 runs for the opening wicket.
However, after this, Rajasthan was able to make a comeback and the side registered a thrilling victory. Kartik Tyagi returned with two wickets and he was adjudged as Man of the Match.
"It is sort of becoming a pattern for us, especially as soon as we get to Dubai it seems. There was a clear message that we need to finish this game in 19 overs and that was the approach, unfortunately we let it till the end, in the last couple of balls it becomes a lottery. The new batter going in, it is a bit of lottery. Credit to the way Tyagi bowled the last over," said Kumble during a virtual press conference.
"It was obvious he is going to bowl wide outside the off-stump, some of our batters did not take the right option, yes, it has become a pattern and that has something we need to discuss. We have five more games but we do not want to get bogged down by this defeat. It is certainly a difficult pill to swallow," he added.
Earlier, Arshdeep Singh took a five-wicket haul for Punjab Kings as Rajasthan Royals was bundled out for 185. For Sanju Samson-led side, Yashasvi Jaiswal and Mahipal Lamror scored 49 and 43 respectively. For Punjab, Mohammed Shami also scalped three wickets.
"It was a very good wicket, we came back really well in the last four overs. If I am right, we picked up six wickets and gave away just 20 runs. Arshdeep bowled really brilliantly. Shami bowled brilliantly. One side of the boundaries was short and the other was longer. At one stage, Rajasthan Royals was set to get 200," said Kumble.
"You have to take positives out of this, the way we played, Rajasthan looked set to get 200 but we pulled it back in those final overs. The bowling of Arshdeep, Shami and Harpreet Brar was good. There are enough positives from bowling and batting. The opening partnership has always done well for us," he added.
Punjab Kings will next lock horns against SunRisers Hyderabad on Saturday at the Sharjah Cricket Stadium. (ANI)