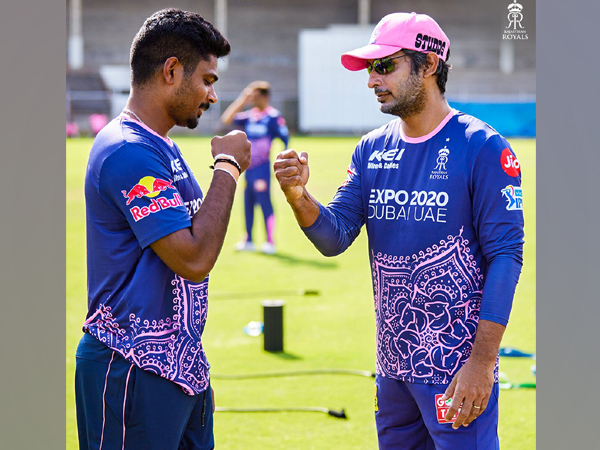 New Delhi [India], April 7 (ANI): Rajasthan Royals witnessed a forgettable season last year as they finished at the bottom of the Indian Premier League (IPL) table. But the team made its intent clear at the auction table itself in February when they made the most expensive buy - picking Chris Morris for Rs 16.25 crore. Add to that a change in leadership with Sanju Samson being named skipper, the Royals definitely mean business going into season 14.
In fact, the franchise decided to let go of Steve Smith as well as they look to end their trophy drought - their only win coming in the inaugural season. But whether the chopping and changing gets RR the right results can only be gauged once the tournament gets underway.
Newly-appointed skipper Samson was the team's highest run-scorer in the last edition, accumulating 375 runs from 14 matches. While he was the team's highest run-getter, Samson was placed on the 16th spot overall on the list which was topped by Punjab Kings' KL Rahul with 670 runs. Therefore, it is very clear that Rajasthan Royals' batsmen will have to put in the hard yards if they are to get the desired results against the top teams.
Rajasthan Royals' title hunt will depend a lot on the form of England star Ben Stokes. The player has the ability to turn around games single-handedly and the all-rounder's form will be of great importance. Notably, Stokes smashed 285 runs in the last edition from just eight innings, with his highest being 107*.
Another positive in the batting line-up is the current form of David Miller. The South African is high on confidence, having scored two back-to-back half-centuries against Pakistan in the ongoing three-match ODI series. Moreover, Jos Buttler also delivered some impressive performances against India.
The list of batsmen who can help the team set up competitive totals continues, with Rahul Tewatia and Yashasvi Jaiswal also at their disposal.
Coming to the bowling department, apart from Morris, the Royals also added Bangladesh bowler Mustafizur Rehman to their fast-bowling arsenal for the season at his base price of 1 cr. However, in a major blow, the franchise will not have the service of Jofra Archer in the first half as the player is currently undergoing a period of rehabilitation. England pacer had undergone surgery on his right hand on March 29 and began his two weeks of rehabilitation, with ECB saying that "the consultant will review him before returning to training."
Coming back to Morris, he picked 11 wickets from nine games in IPL 13 in UAE. Overall, the player has 80 wickets to his name from 70 matches and has scored 551 runs. Therefore, it will be interesting to watch as to whether the new leader and the most expensive buy can combine to help the franchise end the trophy drought.
Rajasthan Royals (RR): Sanju Samson (C), Ben Stokes, Jofra Archer, Jos Buttler, Riyan Parag, Shreyas Gopal, Rahul Tewatia, Mahipal Lomror, Kartik Tyagi, Andrew Tye, Jaydev Unadkat, Mayank Markande, Yashasvi Jaiswal, Anuj Rawat, David Miller, Manan Vohra, Chris Morris, Shivam Dube, Mustafizur Rahman, Chetan Sakariya, KC Cariappa, Liam Livingstone, Kuldip Yadav, Akash Singh. (ANI)