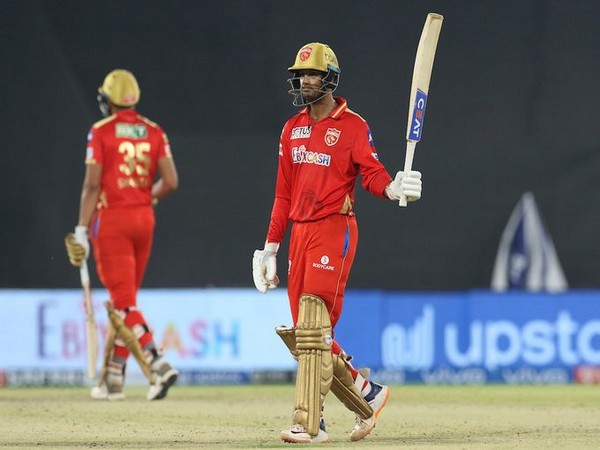 Ahmedabad (Gujarat) [India], May 3 (ANI): Punjab Kings' stand-in skipper Mayank Agarwal has said that his side got a decent score against Delhi Capitals and in the end, they just fell 10 runs short of an ideal score.

Shikhar Dhawan played a knock of 69 runs as Delhi Capitals defeated Punjab Kings by seven wickets here at the Narendra Modi Stadium on Sunday. Along with Dhawan, Prithvi Shaw also played a quickfire knock of 39 runs. For Punjab Kings, Chris Jordon, Harpreet Brar, and Riley Meredith returned with one wicket each.
"Well, that is something we have to speak about (pushing Chris Gayle or Dawid Malan as the opener). For the moment, this is the strategy we went with and I thought we got a decent score, we were just 10 runs short," said Mayank while while replying to an ANI query during a virtual press conference.
When asked whether Punjab would look to field Fabien Allen or Moises Henriques in the playing XI going ahead, Agarwal replied: "That's something that we need to sit and think about going ahead. I thought with Delhi's batting, we needed firepower to get the wickets so that was the plan and we back our players to do that for us."
Earlier on Sunday, KL Rahul was diagnosed with acute appendicitis. The Punjab skipper had complained of severe abdomen pain on Saturday night and as a result, he was taken to the hospital for scans.
When asked how prepared he was for captaincy, Mayank said: "I have been kept in the loop through the season. We were there in the meetings and to lose Rahul early in the morning and I had some time to prepare, there was enough time to prepare, and we turned up decently, would have liked more aggression though."
With this win, Delhi Capitals has moved to the first spot in the points table with 12 points from 8 games while Punjab Kings remain in sixth place with six points.
"I think when you play as a batsman you do not think as a captain. As a batsman, you should look to execute your role as a player. When you are the captain and you are batting, you want to take that extra responsibility and take your team through," said Mayank.
Earlier, Mayank Agarwal played an unbeaten knock of 99 runs as Punjab Kings posted a score of 166/6 in the allotted twenty overs. Along with Agarwal, Dawid Malan also chipped in with a knock of 26 runs. For Delhi Capitals, Kagiso Rabada returned with three wickets. (ANI)