IPL 2021: I expect the guys to play with intensity, says Kohli 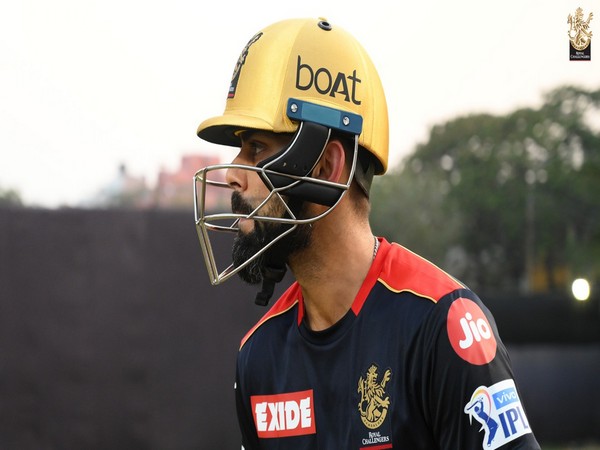 New Delhi [India], April 8 (ANI): Ahead of the Indian Premier League (IPL) opening clash against defending champions Mumbai Indians, Royal Challengers Bangalore (RCB) skipper Virat Kohli motivated his boys in a pep talk and asked them to play with intensity throughout the season.

"To all the new guys who have joined us, welcome to this amazing group. As you know from the guys who have played here in the past, the atmosphere, the energy throughout the season will be amazing and the only thing I expect from you guys is to make the most of the time that we spend on the field whether it is a practice session, game drills it is needless to mention. I expect the guys to play with intensity, that's the way we have always played and that won't change," Kohli said in a video posted by the official Twitter handle of the RCB on Wednesday.
Kohli further recalled last year's success as the side reached the playoffs. He said it was the right direction towards their goal and this year also he expects the same.
"Last year was the great step in the right direction for us and I feel like our squad is even stronger this year and I expect good things to happen again. But a lot of enjoyment happened last year and the focus to make the most of the time we had especially in our practice sessions," he added.
RCB head coach Simon Katich said, "As you know, we had a great preparation so far tonight's our big night and then tomorrow night. Everything is up on the board there but tonight where we get our work done, tomorrow night it will be more of a group training in terms of building and then for the guys who have come out of the quarantine to top up."
RCB star player AB de Villiers, who hit the nets after completing his seven-day quarantine, is working on middling the balls in the nets. "Spent a lot of time in the room in the last week. It was quite intense coming out and hit the ground running and gave my 100 per cent. I was hitting the ball okay, not 100 per cent so I will come back tomorrow for a bit more. It is very enjoyable to be here and I'm very excited to plan another IPL with RCB boys," he said.
The 14th edition of the IPL will get underway from Friday as RCB will begin their campaign against Mumbai Indians at the MA Chidambaram Stadium in Chennai. (ANI)