IPL 2021: Loyalty matters to me, commitment is with RCB till I play, says Kohli 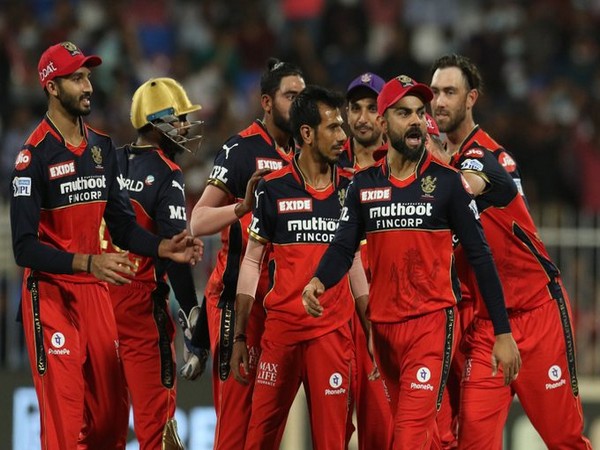 Sharjah [UAE], October 11 (ANI): After suffering a defeat against Kolkata Knight Riders (KKR) in the Eliminator of the ongoing Indian Premier League (IPL) 2021, Royal Challengers Bangalore (RCB) skipper Virat Kohli said that he will continue to play for the Bengaluru-based franchise till the end.

Sunil Narine's four-wicket haul and 26-run knock helped Kolkata Knight Riders (KKR) defeat Royal Challengers Bangalore (RCB) by four wickets here at the Sharjah Cricket Stadium on Monday.
"Their spinners dominated the game in the middle overs. They kept taking wickets there. We had a great start and probably should've tried to build on it. It was more about quality bowling instead of poor batting," Kohli told host broadcaster Star Sports after the game.
"Outstanding bowling performance from us. Been the hallmark this season. But tonight that big over in the middle deflated our chances in the middle. We fought till the last. But 15 runs left out there with the bat and a couple of big overs with the ball. Narine has always been a quality bowler and tonight once again showed why he is the most consistent wicket-takers in the IPL. Not just him, Shakib, Varun, and him all three bowled amazingly together. They created pressure together for our batters to not get their big shots," he added.
Virat Kohli's captaincy era in the Indian Premier League (IPL) came to an end on Monday as Royal Challengers Bangalore (RCB) suffered a wicket loss against Kolkata Knight Riders (KKR) in the Eliminator.
"I have tried my best to create a culture where youngsters could come and play expressive cricket. It's something I've tried to do in the India level as well. All I can say is that I have given my best. I have given my 120% to this franchise and will continue giving it as a player on the field," said Kohli.
"It's a great time to regroup and restructure the franchise for the next three years. I will definitely (play for RCB). For me, loyalty matters and my commitment is with this franchise till the last day I play IPL," he added.
KKR will now face Delhi Capitals in Qualifier 2 on Wednesday at the Sharjah Cricket Stadium.
Earlier, Sunil Narine returned with figures of 4-21 as Kolkata Knight Riders (KKR) restricted Royal Challengers Bangalore (RCB) to 138/7. (ANI)