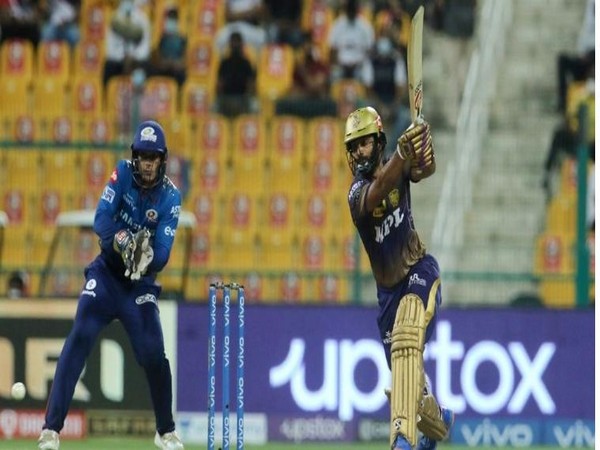 Needing 136 runs to win, KKR were off to a brisk start, courtesy Shubman Gill and Venkatesh Iyer. The duo cashed in on all the scoring opportunities and took KKR to 51/0 in the first six overs. But they lost the plot in the closing stages and it took Tripathi's six off Ashwin in the final over to take KKR over the line.
"It feels great. The win for the team was very important. We had one or two tough overs and I never thought it would go so deep. Glad we won the game. Rabada bowled the 18th over really well, but I knew that I had to just connect one," said the 30-year-old batter in a post-match presentation.
"The plan was to take a two if there was a possibility. If it was two, we were running, otherwise, it was going to be me. It was difficult to straightaway get singles and boundaries for the new batsmen. It was keeping low and it was difficult to hit," he added.
Tripathi also said the positive approach given by the coaches and the skipper Eoin Morgan is the reason for the team's success.
"I believed in myself and knew it was just one hit away. It has been a great journey for us after the first phase. We believed in ourselves and the approach given by Eoin and the coach helped us," said Tripathi.
KKR has set up the blockbuster final showdown against Chennai Super Kings, which will take place in Dubai on Friday. (ANI)