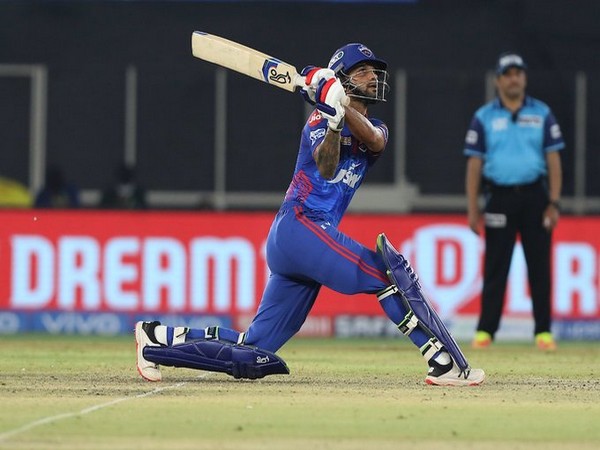 Ahmedabad (Gujarat) [India], May 3 (ANI): Delhi Capitals batsman Shikhar Dhawan has said that runs and strike rate are of equal importance and his approach is directly dependent on the sort of pitch he is playing on.

Dhawan played a knock of 69 runs as Delhi Capitals defeated Punjab Kings by seven wickets here at the Narendra Modi Stadium on Sunday. Along with Dhawan, Prithvi Shaw also played a quickfire knock of 39 runs. For Punjab Kings, Chris Jordon, Harpreet Brar, and Riley Meredith returned with one wicket each.
"Really happy with the way we chased the score down. Prithvi and I were able to get a great start. Smith chipped in nicely and I knew I had to go till the end. Perfectly crafted innings, I enjoyed it. Once we knew that we can close the game, we wanted to finish the game early around 19 overs, but Hetmyer finished it in the 18th," Dhawan told host broadcaster Star Sports.
"He's been amazing with the way he has been striking. Good to up the strike rate. Both runs and strike rate are important. I have to respect the wicket. So the approach will depend on the pitch. I have been playing with Prithvi for three years now and he makes it easy for me as well," he added.
With this win, Delhi Capitals has moved to the first spot in the points table with 12 points from 8 games while Punjab Kings remain in sixth place with six points.
Earlier, Mayank Agarwal played an unbeaten knock of 99 runs as Punjab Kings posted a score of 166/6 in the allotted twenty overs. Along with Agarwal, Dawid Malan also chipped in with a knock of 26 runs. For Delhi Capitals, Kagiso Rabada returned with three wickets. (ANI)