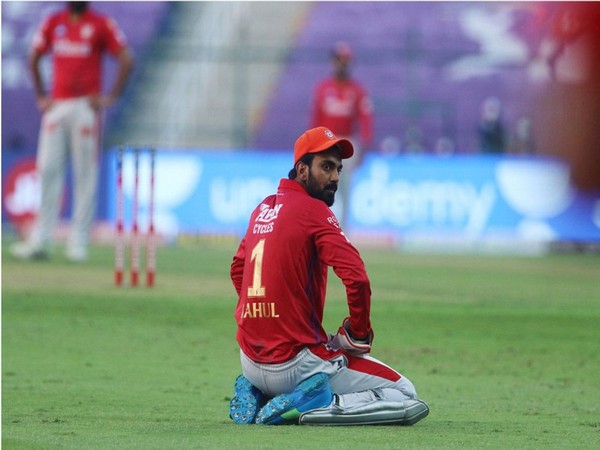 New Delhi [India], April 7 (ANI): Punjab Kings skipper KL Rahul feels his side was devoid of luck in the 13th edition of the Indian Premier League (IPL) and the opening batsman is hoping that the change in the name of the brand will bring some good fortune for the side.

In February, the Punjab-based franchise had changed its name and logo ahead of the IPL auction. Last week, Punjab Kings revealed their jersey for the upcoming IPL. The franchise will be seen donning a red jersey with golden stripes for this season, opting for a different, unique design for this new-look team.
"We have our fingers crossed. I genuinely believe that we were a tad bit unlucky last year. We did play some really good cricket. A couple of the games we really couldn't close for a couple of reasons," said Rahul in a podcast on Red Bull's Decoding Athletes series.
"It did hurt a little bit, so I'm hoping the change of name and jerseys, and a whole lot of other changes, will bring us some good fortune," he added.
West Indies batsman Chris Gayle is a key cog in Punjab Kings' batting wheel. The star batsman had smashed 288 runs in seven games for the side in the 13th edition of the IPL.
Rahul was in awe of Gayle's ability to have fun around and then whack the ball with ease with no match practice. The Punjab Kings skipper is looking forward to play with Gayle in the cash-rich league which gets underway from Friday.
"I obviously played with Chris [Gayle] for a long time. Having him around is great fun. I'm really looking forward to playing with him again. One year older, but every time he comes back, he keeps getting better and better," said Rahul.
"I really wonder how he does that. It's like he's always on the yacht, partying. And then he turns up and plays the way he does. For someone like me who spends three-four hours getting my batting and skill right, I really wonder how he does it. So, I'm really looking forward to having him in the team and hitting some sixes," he added.
Rahul feels Punjab Kings has ticked all boxes having roped in some gun players in the IPL auction in February.
"I'm looking forward to watching Riley Meredith bowl. I've watched him in a couple of games. He looks like he can bowl some proper pace," said Rahul
"That's something I felt we were missing for a few seasons - someone who can intimidate the opposition with some pace. So I'm really looking forward to watch him bowl," he added.
Coached by Anil Kumble, the side has a great mix of foreign and Indian talents. But the execution has been an issue and even last season, while the team put on some quality performances, consistency was an issue.
"Actually, I did get a few weeks at home, but I was there for rehab. So, it doesn't really feel like a break. And with such a short season like this, having someone like Anil Kumble as coach is awesome," said the Punjab Kings skipper.
"We've a lot of experienced coaches like Jonty [Rhodes], Andy Flower and Wasim Jaffer. They do a lot of homework. Before we even started training sessions, I've been in touch with Anil Kumble and Andy Flower discussing what kind of combinations we can play and how can our players improve and get better at skills," he added.
Punjab Kings will play against Rajasthan Royals in their first game on April 12 at the Wankhede Stadium in Mumbai. (ANI)