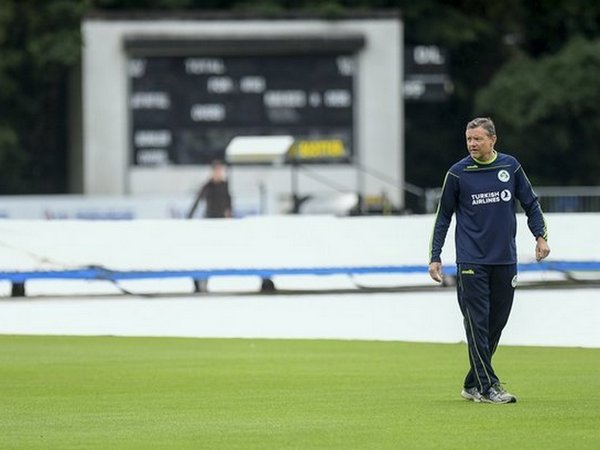 Dublin [Ireland], Sept 13 (ANI): Ireland's head coach Graham Ford signed a three-year contract extension with the board until April 2022 on Friday ahead of the T20I tri-nation series.

Ford, who has been a head coach since December 2017, has spent the last several days in a training camp in Dublin with 25 of Ireland's best T20 players, fine-tuning tactics and casting an eye over the wider pool of players ahead of selection for the Qualifier.
"It's an incredibly important year for Irish cricket, and the work hasn't finished yet. The work we are putting in as a squad ahead of the T20 World Cup Qualifier is crucial as we seek to give ourselves the best opportunity to progress to the main tournament in Australia next year," Ford said.
"The last two years have been quite a journey, and we are only just starting to see the emergence of the new generation of players that will push Irish cricket forward over coming years. I still feel we have a way to go, but am committed to the task and didn't hesitate in signing a new contract," he added.
The tri-series will feature Ireland team playing against Scotland and Netherlands, with six T20Is being played between September 15 to 20. The tri-series is part of Ireland's preparations for the ICC Men's T20 World Cup Qualifier which will be played in the UAE next month.
Richard Holdsworth, Performance Director for Cricket Ireland, said: "Extending Graham's contract is another key milestone in our plans for developing the men's high-performance strategy. The Head Coach role is far more than just overseeing the senior squad, and Graham's experience, insights, and advice have been invaluable in developing our performance systems and pathway."
"The last two years have been the busiest and most demanding in Irish cricket history, and it is only getting busier, so I am delighted he has agreed to continue the work we began in this new phase as a Full Member," he added.
The squads for the tri-nation series are as follows:
Ireland: Gary Wilson (c), Mark Adair, Andrew Balbirnie, David Delany, Gareth Delany, George Dockrell, Shane Getkate, Jacob Mulder, Kevin O'Brien, Boyd Rankin, Paul Stirling, Harry Tector, Stuart Thompson, Lorcan Tucker, and Craig Young.
Scotland: Kyle Coetzer (c), Richie Berrington, Matthew Cross, Josh Davey, Alasdair Evans, Oliver Hairs, Michael Leask, Calum MacLeod, George Munsey, Adrian Neill, Safyaan Sharif, Tom Sole, Hamza Tahir, Craig Wallace, and Mark Watt.
Netherlands: Pieter Seelaar (c), Philippe Boissevain, Vikram Singh, Tobias Visee, Scott Edwards (wk), Clayton Floyd, Paul van Meekeren, Bas de Leede, Fred Klaassen, Tonny Staal, Brandon Glover, Max O'Dowd, Ben Cooper, and Shane Snater. (ANI)