'Is this zero-tolerance?', Danish Kaneria slams PCB after Akmal's ban gets halved 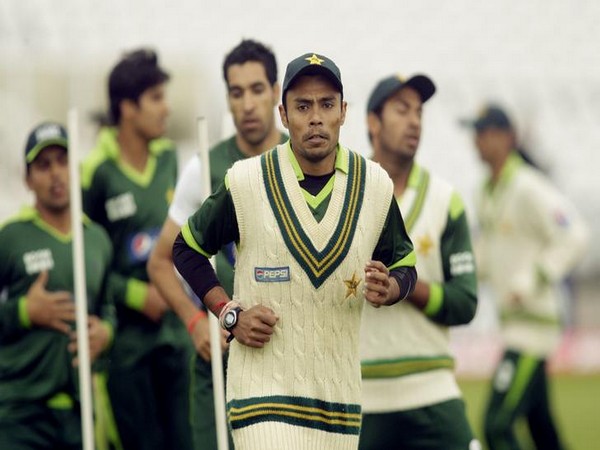 In an exclusive interaction with ANI, Kaneria said, "Umar Akmal was banned for three years, he then appealed against it, PCB's Anti-Corruption Unit had caught him red-handed, but the jury has now cut short his ban just because they had compassion for him."
Umar Akmal's three-year suspension was reduced to 18 months on Wednesday by an independent adjudicator, former Pakistan Supreme Court judge, Faqir Mohammad Khokhar. Originally, the batsman was handed a ban for three years for breaching PCB's Anti-Corruption Code.
"Is this zero-tolerance? Does the PCB have zero-tolerance just for Danish Kaneria? People keep telling me that my case lies within the jurisdiction of the ECB, I was a centrally contracted player with Pakistan still I was given a life ban, didn't the ECB tell PCB that they would ban me for life," Kaneria told ANI.
Kaneria was found guilty of spot-fixing while playing for Essex County in 2009 and as a result, he was banned from the sport.
He also criticised the PCB for showing double standards while dealing with different players. The former spinner has been trying to get his life-ban lifted, but the PCB has been continuously saying that Kaneria needs to approach the England and Wales Cricket Board (ECB).
The former Pakistan spinner, and a Hindu by religion, alleged PCB to have "different standard" for him.
"They keep on saying that I play the religion card, but why is there a different standard just for me? I swear I have never played the religion card, but the PCB keeps on doing things that make you think that there is something wrong. What did the PCB do for Danish Kaneria?" he questioned.
Kaneria, who has played 61 Tests for Pakistan had appealed to the PCB in June this year to lift the life ban imposed on him.
"Shouldn't the PCB had shown compassion for me when I was given a life ban by the ECB? I played 60 matches for Pakistan, I played for the country for ten years, I do not understand why does the PCB get quiet when it comes to me," Kaneria said.
He alleged that Akmal struggled with discipline issues throughout his career, despite which PCB showed "sympathy" towards him [Akmal].
"Umar Akmal has had discipline issues throughout his career. But they have shown sympathy for him. Look at Mohammad Amir, Mohammad Asif they all were allowed to make a comeback after being involved in such a big scandal, but why are there different standards when it comes to me?" he added.
Mohammad Asif, Mohammad Amir, and Salman Butt were involved in a spot-fixing scandal during Pakistan's tour of England in 2010. All three were handed substantial bans, but Pakistan decided to bring back Amir in international cricket in 2016.
Last year, a video of Pakistani pacer Shoaib Akhtar has gone viral on social media in which he had said that players of the Pakistani team "refused to eat food with Kaneria" just because he was a "Hindu".
Kaneria had last played for Pakistan in 2010 as he played the Test match against England at Nottingham. (ANI)