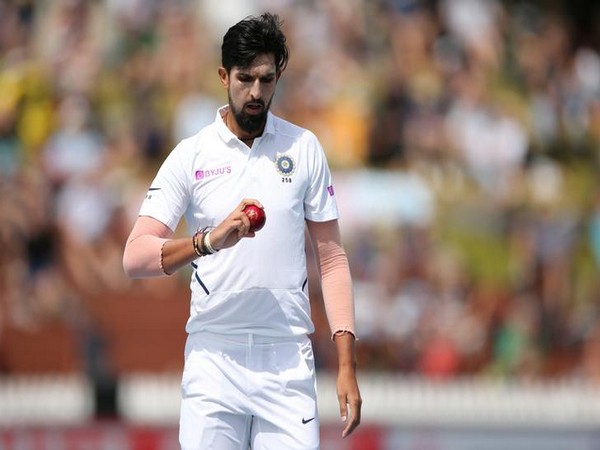 Bengaluru (Karnataka) [India], August 5 (ANI): India pacer Ishant Sharma recalled an on-field incident that changed his perspective towards his mistakes and made him a more responsible person in life.

The 31-year-old identified an ODI match against Australia in Mohali in October 2013 that led to a change in his approach.
India had put up 303/9, a target Australia hunted down with three balls to spare and four wickets standing, riding on James Faulkner's 64* off 29.
"The turning point of my life came in 2013. Faulkner hit me for 30 runs in one over in an ODI in Mohali that Australia went on to win," Ishant told Deep Dasgupta in a videocast hosted by ESPNcricinfo.
"At that time I felt I had betrayed myself and my country. For two-three weeks, I didn't speak to anyone. I cried a lot. I am a very tough guy. My mother says she hasn't seen a tougher person than me. [But] I called my girlfriend and cried on the phone like a child. Those three weeks were like a nightmare. I stopped eating. I couldn't sleep or do anything else. You switch on the television and people are criticising you, which messes you up even more," he added.
He further explained how things got changed for him after that incident and how it benefited him in the long-run.
"I laugh about it now and I consider it a blessing in disguise. Sometimes you need a jolt to understand your passion. After the Faulkner incident, I went through major changes in my life. After 2013, I started taking things seriously," the pacer said.
"Before that, if I had a bad performance, people would come and tell me 'It's okay, it happens.' But after 2013, if someone came to me and said that, I wouldn't listen. If I have made a mistake, I have made a mistake. I started taking responsibility for my actions. When you do that, you play every match to win it for the team," he added. (ANI)