ISL 7: Laszlo determined to get three points in clash against SCEB 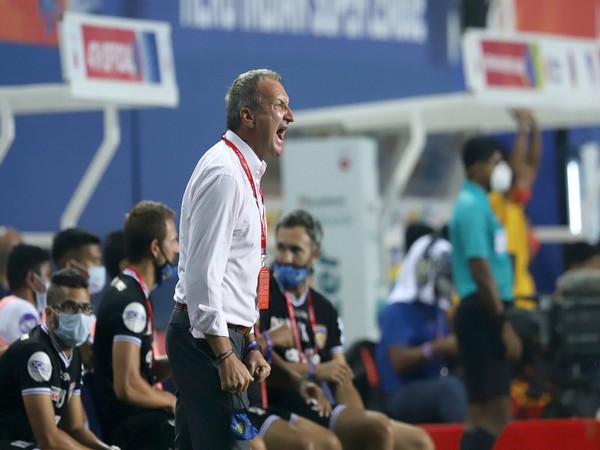 Their first clash in this season's Indian Super League (ISL) on Sunday may have ended in a goalless draw, but Chennaiyin FC's encounter against Odisha FC at the GMC Stadium on Wednesday wasn't short of goals.
After struggling for goals all season, Csaba Laszlo's men turned on the style against Odisha, scoring two in the opening quarter of the game. Portuguese forward Esmael Goncalves opened the scoring in the 15th minute, before putting Chennaiyin two-up by converting a penalty in the 21st minute.
"I have pressure. I have headaches for which I take tablets. But about the rest of the teams, I do not think about it, I am thinking about East Bengal. The second half against Odisha was heavier and dirtier but we managed it. We had luck in some situations but we deserved this result," said Laszlo during a post-match press conference.
Laszlo was also pleased to see Isma responding to his call after the coach had demanded more from the forward. The striker started the game against Odisha and scored twice in the first half.
"I told him that if he wants to be a part of the team, he needs to work and score goals. Hopefully, this was a very important signal for himself. He understands that the team is the most important. I was also pleased with Jakub, he was also running and working. It shows they can play together. It is my problem to have two very good strikers," said Laszlo.
Chennaiyin FC is currently placed at fifth place in the ISL points table with 14 points from 11 matches. The side will next take on East Bengal on Monday. (ANI)