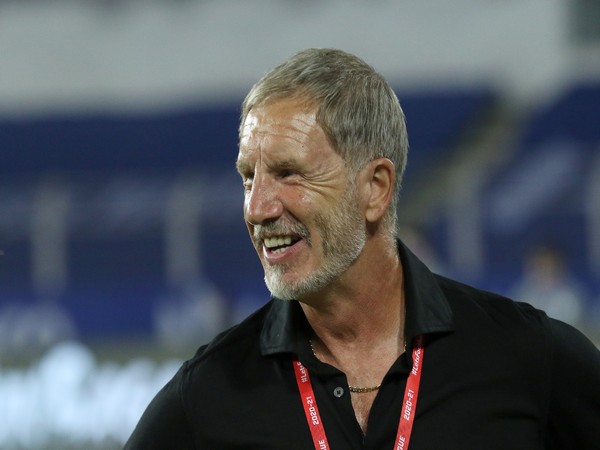 Panaji (Goa) [India], January 14 (ANI): After stumbling to a 2-1 defeat against Chennaiyin FC, Odisha's coach Stuart Baxter said that he was pleased to see the fight shown by his side in the second half of the game.

Their first clash in this season's Indian Super League (ISL) on Sunday may have ended in a goalless draw, but Chennaiyin FC's encounter against Odisha FC at the GMC Stadium on Wednesday was not short of goals.
After struggling for goals all season, Csaba Laszlo's men turned on the style against Odisha, scoring two in the opening quarter of the game. Portuguese forward Esmael Goncalves opened the scoring in the 15th minute, before putting Chennaiyin two-up by converting a penalty in the 21st minute.
"I am not happy with the manner in which we gave away two goals and the way we started the game. But the game was not lost. I know football. I thought the response in the first half was okay. The response in the second half was very good. We deserved to get something out of the game," said Baxter during post-match press conference.
"The goals were from our own mistakes, I don't think we were in a lot of trouble apart from that. It was an even game for the rest of the half. In the second half, we played good football," he added.
Baxter also chose not to criticise Gaurav Bora for his mistakes that led to Chennaiyin's goals.
"What's happening with Bora is that he had an outstanding game last time out. As a young player, sometimes coping with success can be as difficult as coping with failure. Throughout the game, he was worried about not living up his star billing last game. After making those mistakes, he was a strong character in the second half," said Baxter.
Baxter had opted to rest star striker Diego Mauricio for the game but was forced to turn to him with the team trailing by two goals at the break.
"You have to look at stats telling you that Diego is tired and you have to make a tough call to not start him, If you start him and then he gets injured and misses the rest of the season, it'll be pretty stupid," said Baxter.
Odisha FC is currently at the bottom of the ISL points table with six points from 11 matches. The side will next take on Hyderabad on Tuesday. (ANI)