It has been a privilege to guide NorthEast United, says outgoing coach Nus 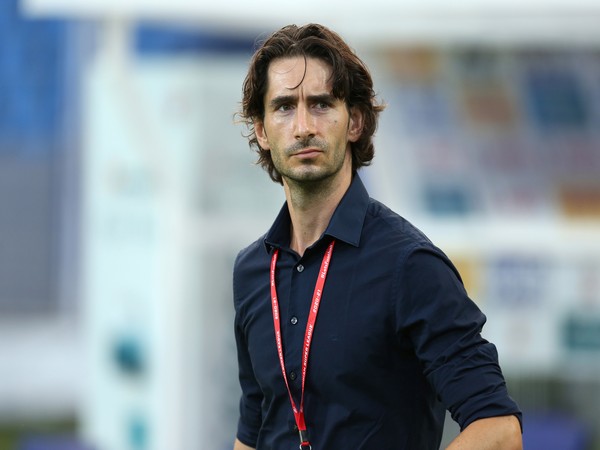 Panaji (Goa) [India], January 13 (ANI): NorthEast United FC's outgoing head coach Gerard Nus on Wednesday said it has been an authentic privilege to guide the club and thanked his supporters for showering their support to him.

NorthEast parted ways with Nus citing a contrast in the team's current tactics and the club's philosophy and vision. "NorthEast United Football Club announces with immediate effect the departure of head coach Gerard Nus. The club has decided to part ways with the Spanish national after taking into consideration a contrast in the team's current tactics and the club's philosophy and vision," said NorthEast United in an official statement.
Khalid Jamil has now been appointed as the new interim head coach for the remainder of the current season. "As my time as NorthEast United FC head coach ends, I would like to say thank you to all the fans that have showed their amazing support since day one. Your love has been felt every day. I really appreciate all the messages that I have received during the last hours," Nus said in a statement on Twitter.
The Spaniard said it was an 'authentic privilege' to lead the players at the club and thanked them for putting their all in every game.
"To the players, it has been an authentic privilege to guide you. You are an unbelievable group and your desire to get better every day is admirable. Leading this team for 8 fixtures in playoff positions shows that your commitment and fighting spirit is remarkable. I thank each and every one of you for your sacrifice. You gave your best in every training session and in every single game. I will always be proud of your work," the statement read.
"To my wonderful staff, Tanveer, Ivan, Asier, Adith, Alison, Nitesh, Robin and Shahashad, I only have words of gratitude for what you have done. Your professionalism has been superb and working with you has been an honour. The memories I shared at NEUFC will always remain in my heart," it added.
NorthEast United is currently at the seventh position in the Indian Super League (ISL) with 12 points from 11 matches. On Tuesday, the club's match against Bengaluru FC ended in a 1-1 draw. NorthEast United will next take on Jamshedpur FC on Sunday. (ANI)