It is a blessing to perform new role for team: KL Rahul 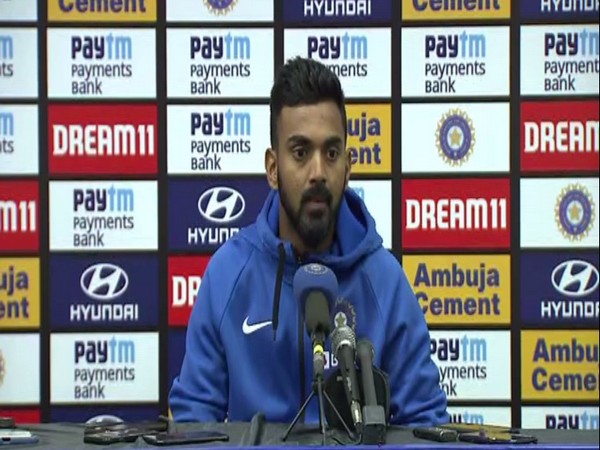 Rajkot: India batsman KL Rahul, who played a knock of 80 runs off 52 balls, on Friday said it is a "blessing" to perform a new role in each game for the side.

"Coming up to every game and having a new responsibility and a new role is also a blessing. I don't think a lot of batsmen get that. I'm enjoying my batting wherever I get to bat. I just want to put up the performances for my team," Rahul told reporters in the post-match conference.

India registered a victory over Australia by 36 runs in the second ODI. Rahul came in to bat at number five, though he generally opens the inning. He played a quickfire knock which guided Men in Blue to post a mammoth total of 340.

"It is a great challenge and coming to the series in the last couple of months have been good. I have been in decent form and pretty confident about my skills," Rahul said.

"Plans were pretty clear that you have to score as many runs as you can in the last five overs. We knew that we had to get anywhere between 320-330. Losing Virat and Manish together did not really change our plans. When Jadeja came, the plans stayed the same," he added.

Dhawan, who played a knock of 96 runs off 90 balls, got hit on the rib-cage on his right side while batting. Kane Richardson dismissed Dhawan in the 29th over.