It looks like India is playing too much of cricket: Kapil Dev 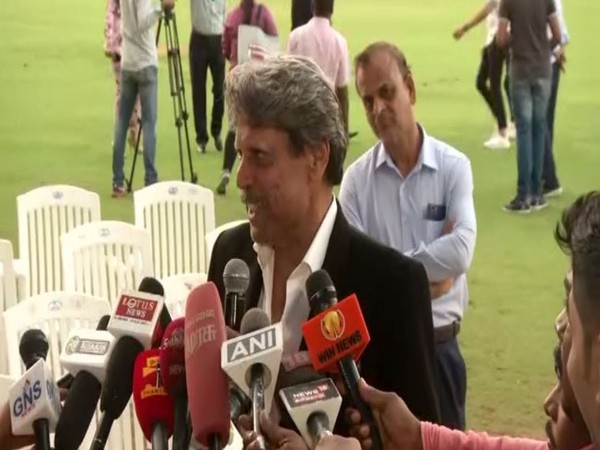 Chennai (Tamil Nadu) [India], Jan 25 (ANI): Former Indian cricketer Kapil Dev on Saturday said that from outside it does look like that the Men in Blue are playing too much of cricket.

However, he also said that it is the job of the player to comment as to what constitutes too much of cricket.
"I think it's the job of a player to say that the cricket schedule is tight or not. But yes, from outside, it does look like that the side is playing too much cricket," Dev told reporters here.
Before the start of India-New Zealand T20I Series, skipper Virat Kohli had said that that the team would land straight at the stadium going ahead.
"It is definitely getting closer and closer to landing at the stadium straight. That is how compressed the gap has become," Kohli had said.
"I think this kind of travel and coming to a place which is seven hours ahead of India time is difficult to adjust immediately. I am sure that these things will be taken into consideration much more in the future," he added.
Dev also commented on the current bowling attack of the side and said that bowlers making the team win are a big difference in the Indian lineup in the last ten years.
"I think the current bowling attack is fabulous. Now we have started winning because of the bowling attack. We now have bowlers who can pick up 20 wickets in a Test match. This is the big difference in our lineup in the last ten years," Dev said.
Commenting on all-rounder Hardik Pandya, who got injured last year during the series against South Africa and has not played for the side for a long while, Dev said that it is Pandya's job to get himself fit and back into the side.
He also said that wicket-keeper batsman Rishabh Pant has to score runs to come back into the side. Pant had got a concussion in the first ODI against Australia earlier this month. As a result, KL Rahul grabbed his opportunity to become the first choice keeper.
"I think he should be worried about his fitness. The players have to look after themselves," Dev said.
"Pant is so talented. He has to look after himself. The only way for him is to keep scoring runs. When you have talent, it is your job to score runs," he added. (ANI)