It's a game to enjoy: Matic ahead of Liverpool clash 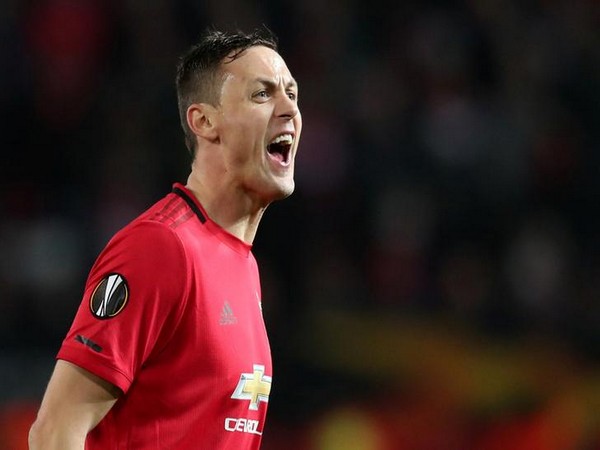 Manchester [UK], Jan 18 (ANI): Ahead of the clash against Premier League table-toppers Liverpool, Manchester United's Nemanja Matic said it is a game to enjoy.

"Of course, it will be another big game for us and Liverpool as we know we are in a good run. But it's a game to enjoy, and to compare our qualities with the best players and with one of the best teams. I'm looking forward to that and I'm sure we'll be ready," the club's official website quoted Matic as saying.
Liverpool hold the top spot in the Premier League table with 61 points, 14 points ahead of the second-placed Manchester City. On the other hand, Manchester United occupy the fifth spot with 34 points.
Manchester United secured a 1-0 win over Wolves in the FA Cup's third-round replays on Thursday.
Reflecting on the victory, Matic said: "It was a hard game. They are an amazing team. I think they have top players, some of them I know from the Portuguese league, I played against them like Joao Moutinho and they have top-class players."
"We knew that and we knew it wouldn't be easy and we prepared our best way for that game and I'm happy we're through. Juan scored an amazing goal and I'm happy for him. We are moving into the next round and we will see who we'll play next and hopefully, we can do something and win this trophy," he added.
Manchester United will take on Liverpool on January 19. (ANI)