It's massive honour to be captain of Manchester United, says Maguire 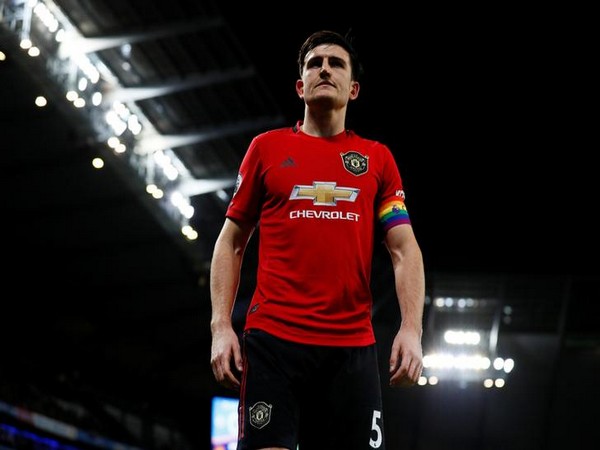 Manchester [London], Jan 18 (ANI): After being named as the captain of the side, Manchester United Harry Maguire said it is a great honour to lead the side here on Saturday.

"It's a massive honour to be the captain of this prestigious club," Club official website quoted
The 26-year-old was appointed captain after the club confirmed the transfer of Ashley Young to Inter Milan.
Maquire will lead the United against Liverpool in the upcoming Premier League clash on January 19.
The Red Devil's defender said that the responsibility of captainship gives him confidence ahead of matches.
"I've only been here five or six months and to gain his trust in that amount of time is obviously a great feeling for myself. It gives me confidence going into games and the way I put myself around the place," he said.
Commenting on the clash against Liverpool, Maquire said both clubs have a great rivalry and united is looking forward to the game.
"Yes, definitely. I knew before I came here about the rivalry. They're obviously two clubs who have had great success over the years, and who have been fighting at the top for many years. It's a big rivalry and a big game and it's one that we're all looking forward to," he added.
Manchester United is on the fifth spot in the Premier League table with 34 points and will next take on table topper's Liverpool on January 19. (ANI)